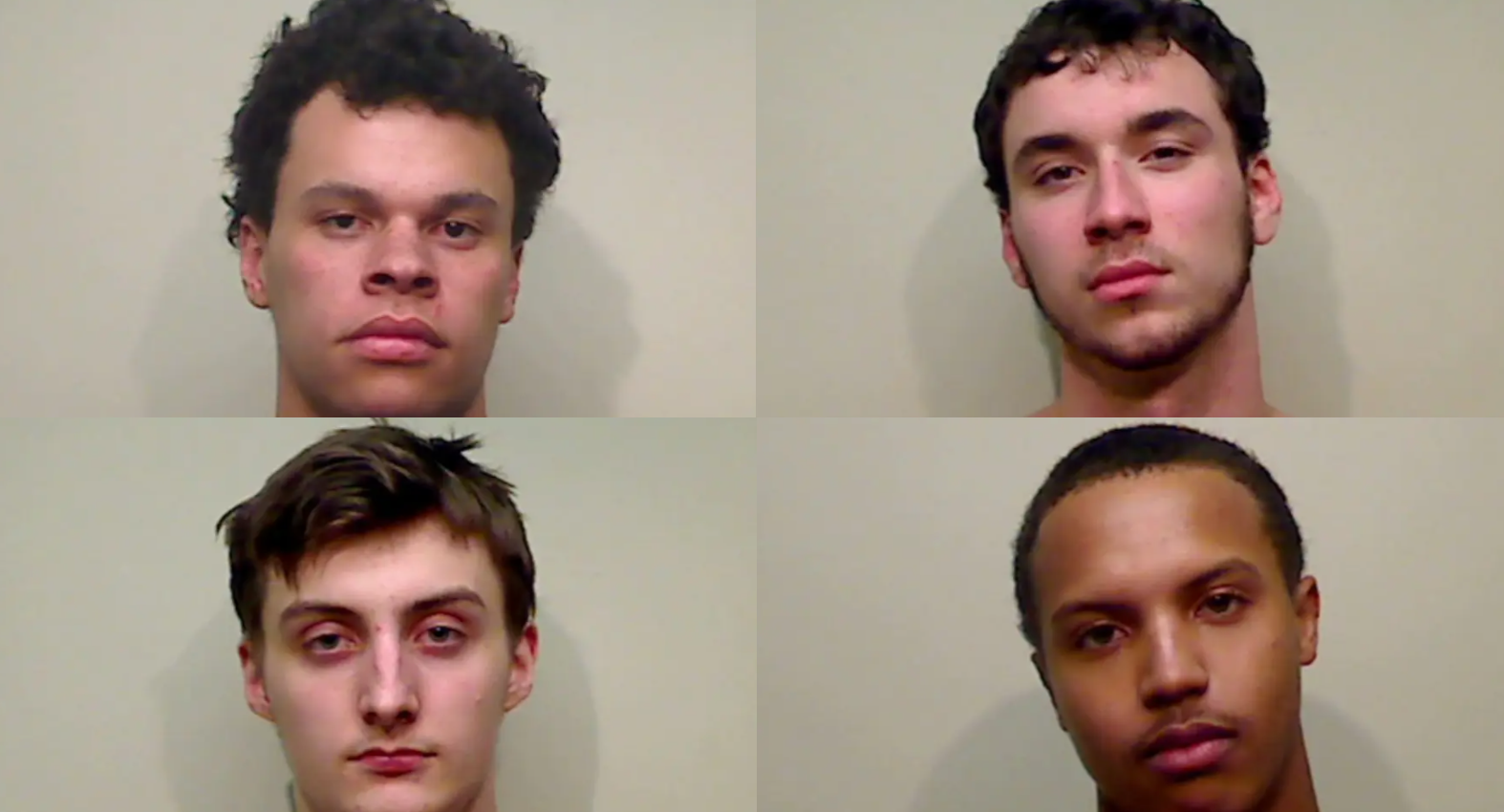 On Saturday, June 5 at approximately 8 p.m., Somerset Police responded to the Riverview Inn & Suites, located at 1878 Wilbur Ave., after receiving a 911 call reporting that a man was on the ground in the parking lot and was being beaten by several other males. The caller also reported overhearing one of the suspects make statements about shooting the victim.

Upon their arrival, officers found that the males had fled the parking lot. An initial on-scene investigation determined that the victim and four suspects, were known to each other and that one of the suspects may be carrying a firearm.

The victim, a 17-year-old juvenile from Vermont, was transported to a local hospital and was treated and released.

Officers determined that the four male suspects had rented a room at the hotel. Upon arrival to the room in question, officers conducted a “knock and talk” in order to properly identify the individuals and speak with them about the reported fight. When the door was opened by the males, it appeared that they were trying to conceal something from the view of the officers. Because the four males had allegedly been involved in the earlier fight, and because two witnesses had made mention of a possible firearm, the officers entered the room to conduct a protective sweep to ensure no one else was inside.

During the search, officers located a loaded pistol under one of the beds. All four males were subsequently placed under arrest at the hotel.

Detectives were later granted a search warrant for the room. During their search of the room, detectives located and seized $650 in cash, 50 Xanax pills, less than two ounces of THC “Dabs” or “Wax,” and five glass vials of liquid designer Benzodiazepines.

Additional charges related to the drugs that were seized are pending.

The four men were expected to be arraigned today in Fall River District Court.