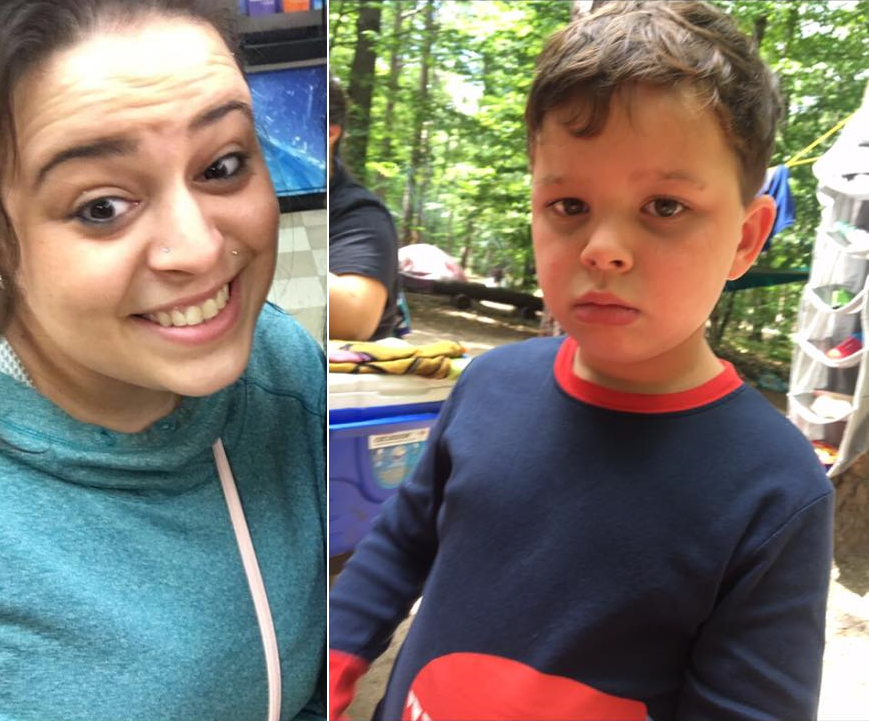 UPDATE: It is thought that they could be with this man. According to Somerset police,  Kevin Correia currently has a felony warrant for burglary. He also has pending charges for assault with a firearm and threats. Correia has a lengthy criminal record, which includes multiple assaults. He has been incarcerated before.
He may be on the way to Florida at this time with his girlfriend, Brittany and her 5 year old son Cameron. Brittany and Cameron were reported missing yesterday.
Kevin Correia is a white male, 6’0′, 270lbs, with brown hair and brown eyes. He may be driving Massachusetts registration 5NP221. The vehicle is a 2014 Chevy Traverse color gray.
If you see this person or this vehicle, do not approach. Contact the nearest law enforcement agency.

Brittany Ashton, 28, Somerset and her 5 year old son Cameron have not been seen since Tuesday night at 8 p.m. She left her grandfather’s house and hasn’t been seen since. Her Facebook has also been deleted. She is driving a red 2013 Hyundai Elantra plate number 4LB134. She was last seen wearing jeans and a long sleeve olive colored shirt. Family is concerned.