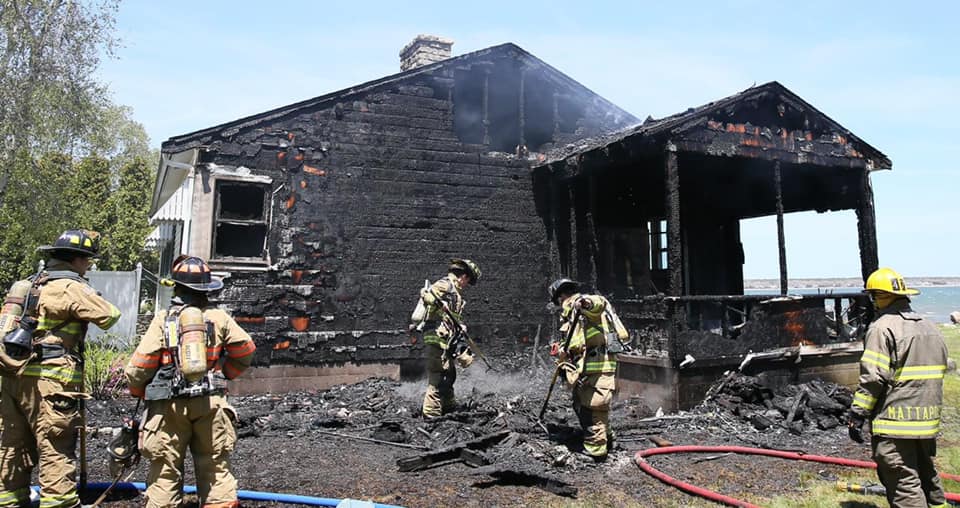 According to Fire Chief Andrew Murray, at approximately 12:15 p.m., the Mattapoisett Fire Department was dispatched to 56 Ocean Drive for a reported structure fire. Murray arrived on scene at 12:21 p.m. and confirmed a working structure fire with heavy fire and smoke showing. A first alarm assignment was requested to the scene, bringing in engines from Marion and Fairhaven Fire. Rochester Fire responded to the scene with two tankers to aid with water supply.

When crews initial arrived on scene, it was reported that there was someone trapped inside the home. A crew immediately started making entry into the house to perform a rescue when the occupants were located in the back yard. Once all life hazards were addressed and everyone was accounted for, crews resumed fighting the blaze.

The home is an ocean front residence and at the time of the fire, 25-30 mph winds were gusting off the water, making the fire even more difficult to extinguish.

Crews worked to bring the fire under control in approximately 35 minutes with 22 firefighters.

Three people were home at the time; however, no injuries were reported.

The Mattapoisett Police provided scene security and assisted with traffic. The last unit cleared the scene at 3:32 p.m.

The fire and smoke damage is estimated at approximately $200,000. The cause of the fire is under investigation by the Mattapoisett Fire Department and Massachusetts State Police Fire Investigation Unit.