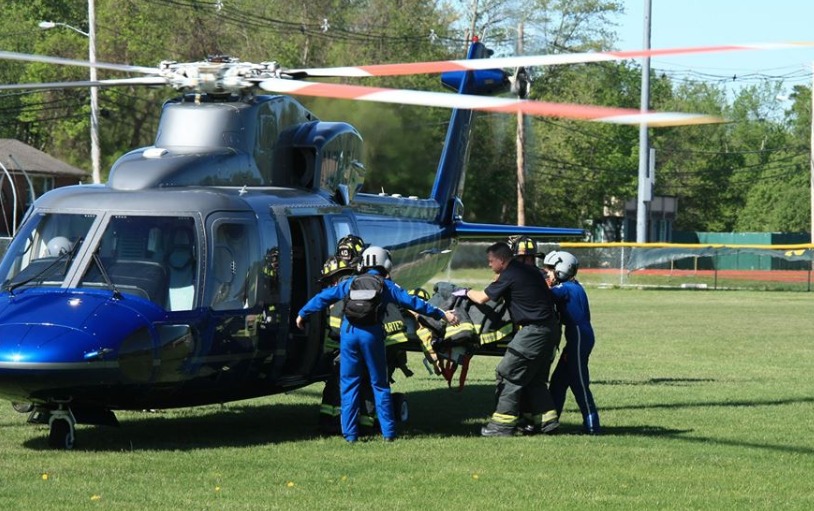 RAYNHAM — Chief James Donovan reports that the Raynham Police Department is investigating after two cars collided on Pleasant Street resulting in one of the vehicles crossing the travel lane and crashing head-on into a motorcycle, resulting in serious injuries.

Raynham Police and Fire units were dispatched on Saturday, May 30 at 5:55 p.m. to the area near 228 Pleasant Street for a reported motor vehicle crash. Upon arrival, rescuers found the operator of a red 2013 Victory Cross Country motorcycle, a 47-year-old Raynham man and his passenger, a 45-year-old Raynham woman were laying on the ground.

The motorcycle operator was transported via medical helicopter to Rhode Island Hospital. The passenger was taken by ambulance to Good Samaritan Hospital in Brockton. Both are expected to survive.

A preliminary investigation indicates that a 2013 Nissan Pathfinder was stopped on Pleasant Street waiting to turn into a driveway when it was struck from behind by a 2015 Ford Fusion. The impact of the crash caused the Ford to veer across the double yellow line and into oncoming traffic, where it struck the motorcycle.

The operator of the Ford, a 19-year-old woman and the Nissan, a 56-year-old woman, both also from Raynham, were evaluated by emergency medical services personnel and declined transportation to hospitals.

The crash is under investigation by the Raynham Police Department Accident Reconstruction Unit. The roadway was closed in both directions but reopened at approximately 7:30 p.m.