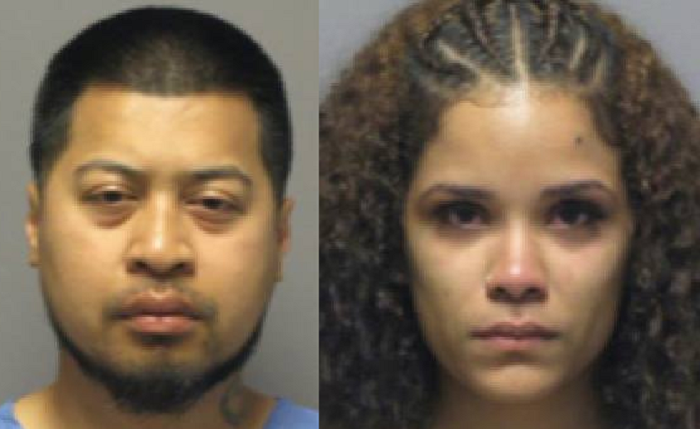 Colonel Michael J. Winquist, Chief of the Cranston Police Department, announces that two individuals have been charged as a result of a disturbance that began at a local bar and continued into the parking lot of another local business.

On July 22 at approximately 1:00 a.m., multiple Officers were dispatched to the Blow Hookah Lounge located at 1285 Park Avenue for a report of a large disturbance involving multiple patrons who had exited the aforementioned establishment. Further information was received that gun shots may have been fired into the air by one patron, which at this point in the investigation cannot be confirmed. When Officers arrived on scene, they learned that three persons had suffered superficial, non-life threatening stab wounds, and that three other individuals had been struck by a motor vehicle in the parking lot of Nardolillo’s Funeral Home. A total of four individuals were transported to Rhode Island Hospital by the Cranston Fire Department; to include; three stabbing victims and one person who indicated he was struck by the vehicle. A fourth person who was stabbed was driven by an acquaintance to Roger Williams Medical Center prior to the arrival of officers. All of the aforementioned individuals have been treated and released from the hospital. No persons had been shot.

The driver of the vehicle who is alleged to have intentionally struck three individuals with his vehicle was arrested at the scene after his vehicle became disabled in bushes on the funeral home property. He is one of the three persons that had been stabbed and transported to the hospital. He was treated at Rhode Island Hospital, returned to Cranston Police Headquarters and arraigned by a Justice of the Peace on a charge of Assault with a Dangerous Weapon. He is identified as Michael NOTH, age 32, of 96 Fairmont Avenue (3rd floor), Providence, RI. He was released on $4000 surety bail. A female passenger in the vehicle was also summonsed to appear on a charge of Obstruction of Justice. She is identified as Katerin DELAROSA, age 23, of 143 Greenwood Street (1st floor), Cranston, RI.

A preliminary investigation reveals that the disturbance may have stemmed from a male patron inappropriately touching a female patron inside the bar and two factions associated with these individuals becoming engaged in a physical altercation.

Members of the Cranston Police Department Criminal Investigation Unit, Traffic Unit and Bureau of Criminal Identification are actively investigating the incident, which has been complicated by lack of cooperation by some of the victims and potential witnesses.

If members of the public have information regarding this incident, they are encouraged to contact Detective Lee Sohn at (401) 477-5147 or Detective Robert Santagata at (401) 477-5169. Anonymous tips can also be provided by selecting the Submit a Crime Tip on the Cranston Police Department website found at www.cranstonpoliceri.com