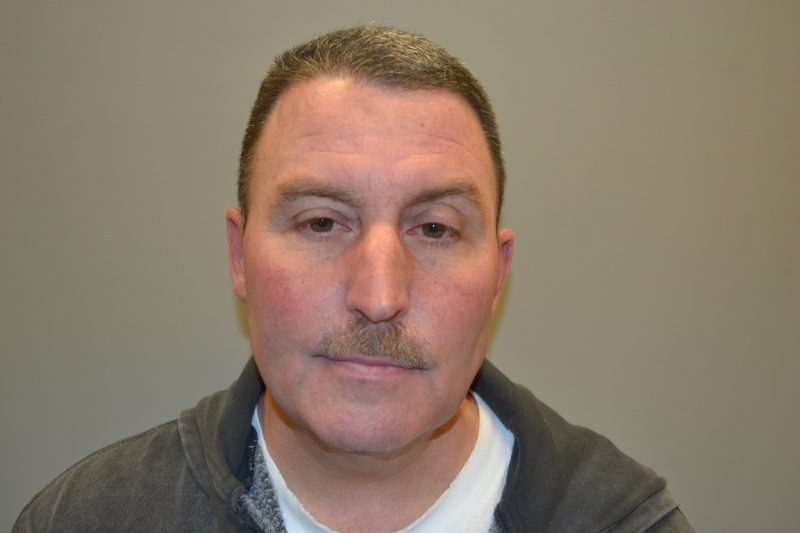 Colonel Ann C. Assumpico, Superintendent of the Rhode Island State Police and Director of the Rhode Island Department of Public Safety, announces that at approximately 7:00 a.m. on Wednesday, December 5, 2018, members of the Special Investigations Unit arrested William R. Munroe, age 55, of 93 Keeley Street, Fall River, Massachusetts for fourteen (14) counts of Larceny as a result of a month-long investigation.

During the month of October 2018, Tiverton Police Chief Patrick Jones learned that one of his sworn members was allegedly stealing gasoline from the Town of Tiverton. Chief Jones requested the assistance of the Rhode Island State Police to investigate these allegations.

Members of the Rhode Island State Police Special Investigations Unit initiated an investigation, and after conducting multiple surveillances, it was confirmed that Sergeant William R. Munroe, a sworn law enforcement officer for the Town of Tiverton, has been stealing gasoline from the Town. Members of the Special Investigations Unit observed Sergeant Munroe fueling his marked police cruiser multiple times at the town gasoline pumps, located at 50 Industrial Way, Tiverton. Detectives observed that in addition to putting gasoline in his cruiser, he also would often fill a large gasoline container and take it to his personal vehicle that was parked in the parking lot of the Tiverton Police Station located at 20 Industrial Way. Sergeant Munroe would then allegedly pour the gasoline from the container into the gas tank of his personal vehicle, utilizing the gasoline for his own personal use.

Sergeant Munroe was taken into custody early this morning at the Tiverton Police Department without incident. He was transported to State Police Headquarters, where he was processed. Sergeant Munroe will be arraigned later today at Second Division District Court in Newport, Rhode Island.