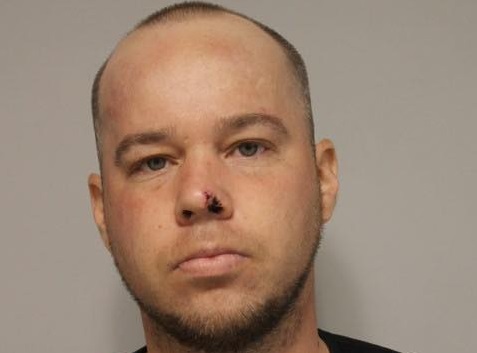 Police say that a local man is responsible for several breaking and entering incidents that resulted in a large quantity of items stolen.

According to Portsmouth Police, 34-year-old Matthew Schmidt of Portsmouth, was arrested for Breaking and Entering, Larceny over $1,500, Fraudulent Use of Credit Cards, Tampering with Vehicles, and Receiving Stolen Goods.

The arrest stemmed from several reports of property being stolen in the Portsmouth area, which led to Schmidt becoming a suspect. A subsequent search of Schmidt’s residence revealed a large quantity of items confirmed to have been stolen. Schmidt was taken into custody without incident based on a warrant for his arrest. The Narragansett Police Department also assisted in this investigation.

Schmidt was arraigned in 2nd District Court in Newport, RI this morning.