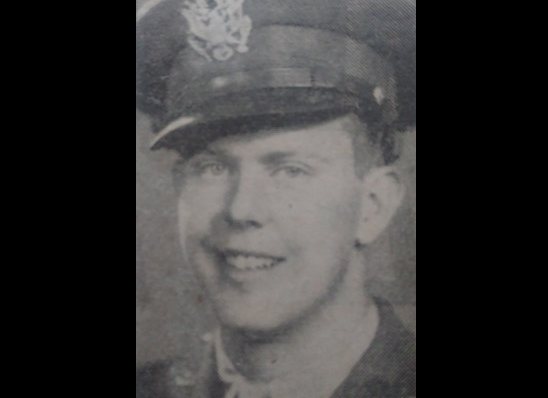 In the summer of 1943, Finneran was a bombardier assigned to the 345th Bombardment Squadron, 98th Bombardment Group (Heavy), known as the Pyramidiers. On Aug. 1, 1943, the B-24D aircraft on which Finneran served crashed as a result of enemy anti-aircraft fire during Operation Tidal Wave, the largest bombing mission against the oil fields and refineries at Ploiesti, north of Bucharest, Romania. Of the Americans killed, only 27 could be identified, not including Finneran. The remains that could not be identified were buried as Unknowns in the Hero Section of the Civilian and Military Cemetery of Bolovan, Ploiesti, Prahova, Romania.

Following the war, the American Graves Registration Command (AGRC) was the organization that searched for and recovered fallen American personnel. The teams disinterred all American remains from the Bolovan Cemetery for identification. One set that could not be identified was designated Unknown X-5300 Neuville, and reinterred into the American Military Cemetery at Neuville-en-Condroz, Belgium.

In 2017, DPAA began exhuming unknowns believed to be associated with unaccounted-for airmen from Operation Tidal Wave losses. On Aug. 28, 2017, Unknown X-5300 Neuville was disinterred and sent to the laboratory for analysis.

Finneran will be buried Nov. 9, 2019, in West Roxbury, Massachusetts.

Of the 16 million Americans who served in World War II, more than 400,000 died during the war. Currently there are 72,652 service members still unaccounted for from World War II, of which approximately 30,000 are assessed as possibly recoverable. Finneran’s name is recorded on the Tablets of the Missing at the Florence American Cemetery, an American Battle Monuments Commission site in Impruneta, Italy, along with the others missing from WWII. A rosette will be placed next to his name to indicate he has been accounted for.