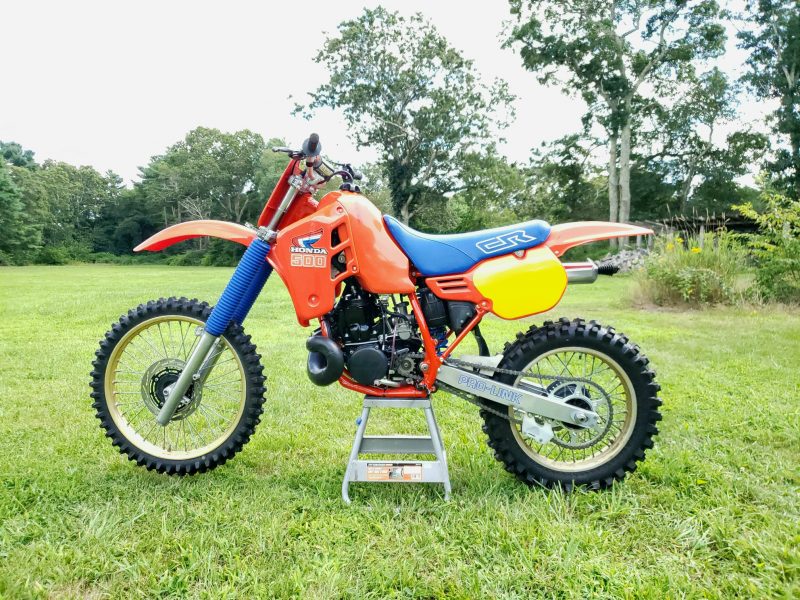 According to the victim, the bike was taken Saturday night near the intersection of Reed Road and Hixville in Dartmouth.

“Someone contacted my son Jordan saying that the bike is possibly in New Bedford.

My son is unable to work right now battling an injury from 7 years ago that has progressively become worse. He can’t get disability and doctors won’t release him back to work. So for income, he flips bikes. This was his last bike and most expensive. It’s worth at least $6000. So this was his next ‘egg’ to get him through until he can get back to work.

People are disgusting selfish creatures. He is such a nice young man and didn’t deserve this. No one deserves it. The worst part is having your home invaded. This guy got lucky he walked away undamaged. There won’t be a next time I can assure you.

If anyone has information associated with either the whereabouts of the stolen dirt bike or the suspect/s linked to its theft, they are strongly encouraged to contact Detective Joe Catana at 508-910-1781.

If you would like to remain anonymous, you can either send a tip via the tip411 system (visit www.dartmouthpd.org or download the Dartmouth PD app from either the App Store or Play Store) or call the Dartmouth Police Anonymous Tip Line at 508-997-9900.