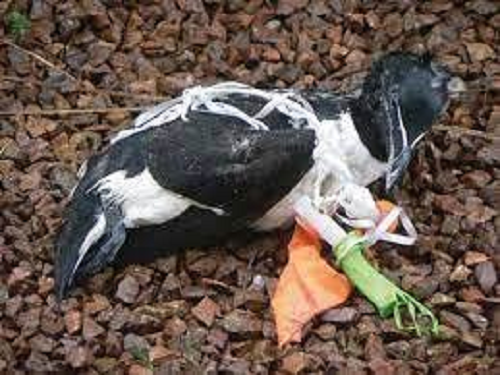 A group of Fall River students are petitioning the City Council to ban balloon releases in the city.

The Morton Generation Citizen class has started a petition to ban the practice due to environmental impacts.

Here is their letter.

“Balloons may look nice, but they have a number of environmental concerns associated with them.

“What goes up must come down. Balloons are hazards when they enter the environment. All released balloons, whether they are released intentionally or not, return to Earth as ugly litter – including those marketed as “biodegradable latex”. Balloons kill countless animals and cause dangerous power outages. They can travel thousands of miles and pollute the most remote and pristine places.

“Balloons return to the land and sea where they can be mistaken for food and eaten by animals. Sea turtles, dolphins, whales, fish and birds have been reported with balloons in their stomachs and ribbons and strings can lead to entanglement, causing death.

“There are two types of balloons in general use – latex and mylar.

“Although latex balloons are considered bio-degradable, this will take anywhere from 6 months to 4 years to decompose and they can wreak a lot of havoc before they do.

“In one experiment researchers observed that balloons floating in seawater deteriorated much slower, and even after 12 months, still retained their elasticity. Inflated balloons that make their way back to earth or water, pose a risk for wildlife due to their probability of becoming ingested due to attractive color or their ribbons and tassels forming the perfect trap for animals to become entangled.”

The group is expected to go in front of the Committee in May.