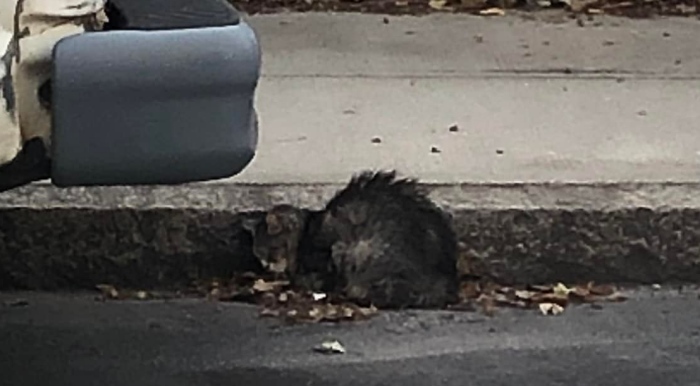 “What kind of person would do this?!

So yesterday morning I leave the house to walk my son to the bus stop. As we walk out we see a small cat shivering on the stairs of our porch. I call my partner out to help and he sees the cat is injured. I call the off-hours animal control number and speak to the police. They say they will send someone out. The cat unfortunately left and I couldn’t locate it after coming back from the bus stop.

All day I look for it. Then as I’m leaving to walk to pick up my son at the bus stop the poor thing is on the street up against the curb still alive but looking like it won’t last much longer. So I hurry back in and grab the animal control business card left by the police. Animal control tells me they are out on another call but will come right over after that. I walk to the bus stop careful not to spook it. 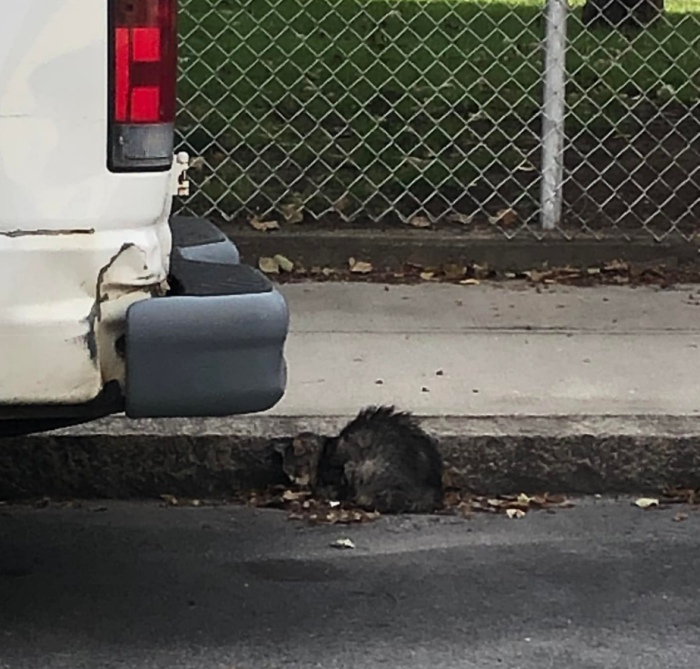 Luckily it’s still there when I get back. So I wait watching this cat as suffers in the freezing cold, convinced it’s going to die right in front of me if animal control doesn’t get there soon. I was heartbroken 💔

Luckily within ten minutes, a wonderful animal control officer shows up and she can immediately tell by the smell that this cat has ruptured mammaries apparently from cancer. She’s able to pick up the cat after a little trouble and place it in the cage. That’s when she tells me the most disturbing thing. She said, “That cat is not feral, it is someone’s pet. They most likely couldn’t stand the smell anymore and just dropped it off here essentially to die”.

I was mortified! I asked how she knew and she told me that if it were feral it would have a place where it would normally go to keep warm and also the fact that it didn’t freak out when she picked it up.

Seriously?! Who tf would do that to their own pet? Just drop it somewhere on the coldest day yet to let it suffer through its final moments of life. I just cannot comprehend how!!!

So if you are the owner of this cat and you did in fact dump this poor baby I hope you contract some incurable and painful disease and suffer immensely with no one by your side to comfort you! You are a piece of $hit!!!” -Melissa Perry.