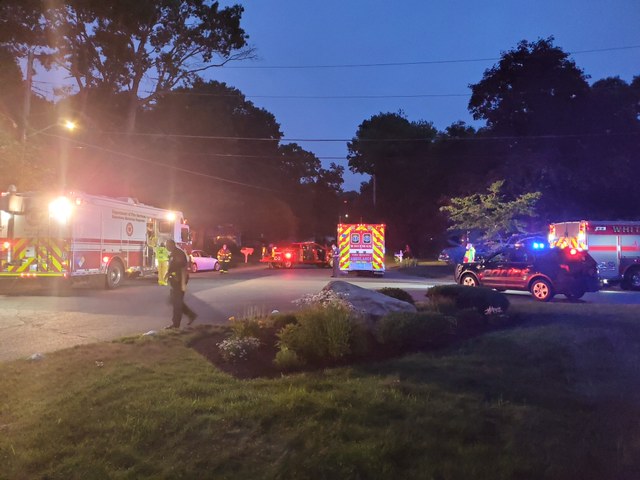 At 7:48 p.m., the Whitman Fire Department responded to a report of a chemical incident at 44 Hilltop Road. A 29-year-old man was adding shock to his pool using an older chemical and a new one from a different manufacturer that he recently purchased. After mixing the two chemicals a reaction occurred causing the chemicals to off gas and causing several minor explosions.

The man was transported by ambulance to a local hospital with injuries that are not believed to be life threatening. No one else was injured in the incident.

A Tier One HazMat incident was declared and the District One State Hazardous Materials Team was brought in to assist with cleaning up the spill, including a five member team. The Whitman Police Department also responded to the scene. The situation was mitigated and the spill was cleaned up in approximately two hours, during which the area was temporarily closed off.

Neighbors to the spill were not evacuated and there was at no time a danger to the public.

“A job well done to the members of the Whitman Fire Department and all who responded tonight; it was your combined, swift response and partnership that enabled us to quickly mitigate and clear this dangerous spill and help the victim,” Chief Grenno said. “We’re fortunate to have such dedicated local and regional partnerships, including the District One State Hazardous Materials Team and the Whitman Police Department.”