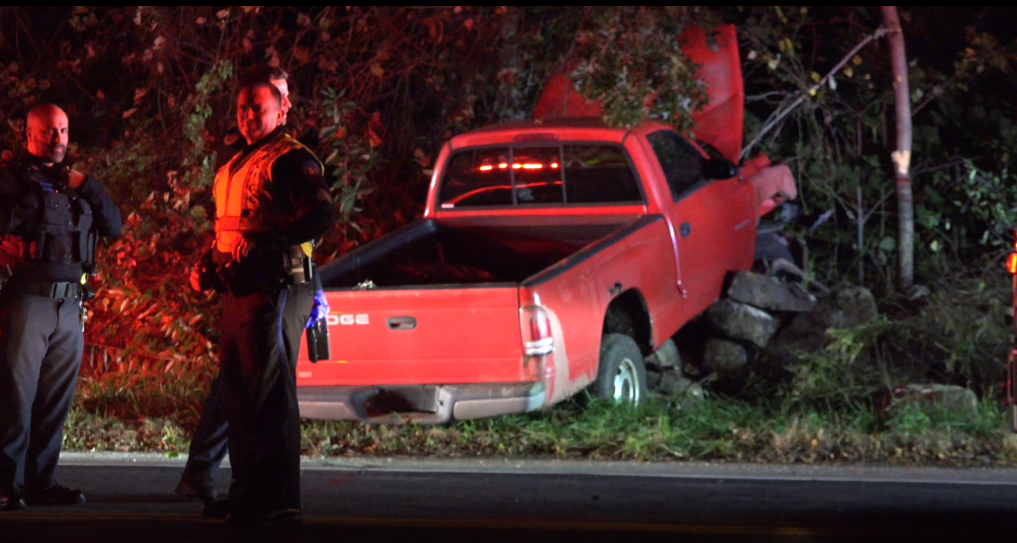 A New Bedford man was injured after a crash early Monday morning.

According to Tiverton Police, at approximately 12:44 a.m., Tiverton Police and Fire responded to the area of Stafford Road and Windwood Drive for a report of a motor vehicle accident.

Upon arrival, officers discovered that a 1997 Dodge Dakota Pick-Up Truck had left the roadway and struck a stone wall.

Officers found the operator and sole occupant of the vehicle, 64-year-old Brian Beaulieu, of New Bedford, standing outside the vehicle attempting to deactivate the audibly sounding horn under the hood.

Beaulieu had blood on his arms and complained of rib and hip pain.

Tiverton Rescue transported Beaulieu to Newport Hospital after the crash.

The investigation revealed that Beaulieu was not under the influence of alcohol or drugs at the time of the accident. Officers believe that Beaulieu was experiencing a medical issue, causing him to lose control of the vehicle.