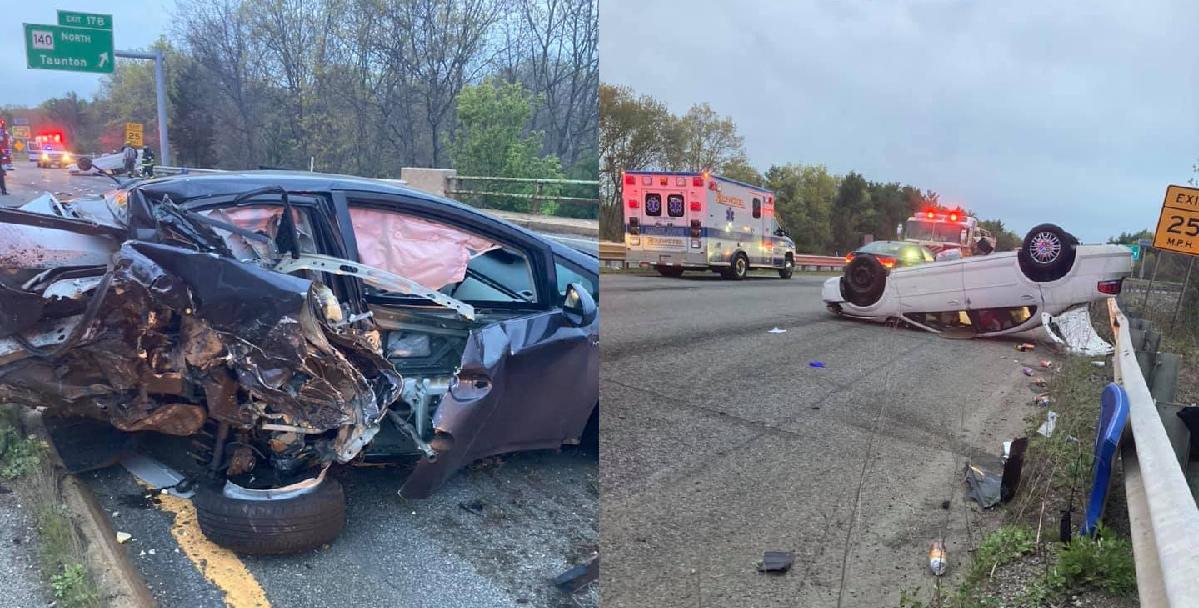 At least one person was injured after a serious crash on Route 24 this weekend.

Just before 7:30 p.m. Sunday, a call came in to dispatch for a multi-vehicle crash on Route 24 North near exit 17B.

Both Taunton and Berkley personnel responded to the scene in addition to Massachusetts State Police.

Upon arrival, first responders discovered one person ejected from a vehicle with one vehicle on it’s roof and another with serious damage.

According to transmissions, it was determined not to medflight the ejected victim.

Two were reportedly transported to the hospital.

Fall River Reporter has yet to receive word on the status of the occupants in the vehicles or the cause of the crash.