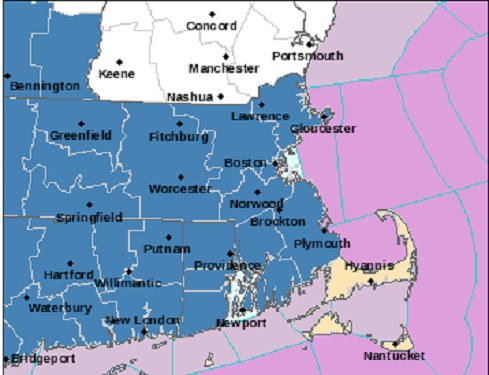 More snow is expected to be headed our way this week.

According to the National Weather Service, Northern Connecticut, Rhode Island, and most of Massachusetts except Cape Cod and Islands have been issued a Winter Storm Watch from Thursday morning through Friday evening.

Travel could be very difficult. The hazardous conditions could impact the morning or evening commute. 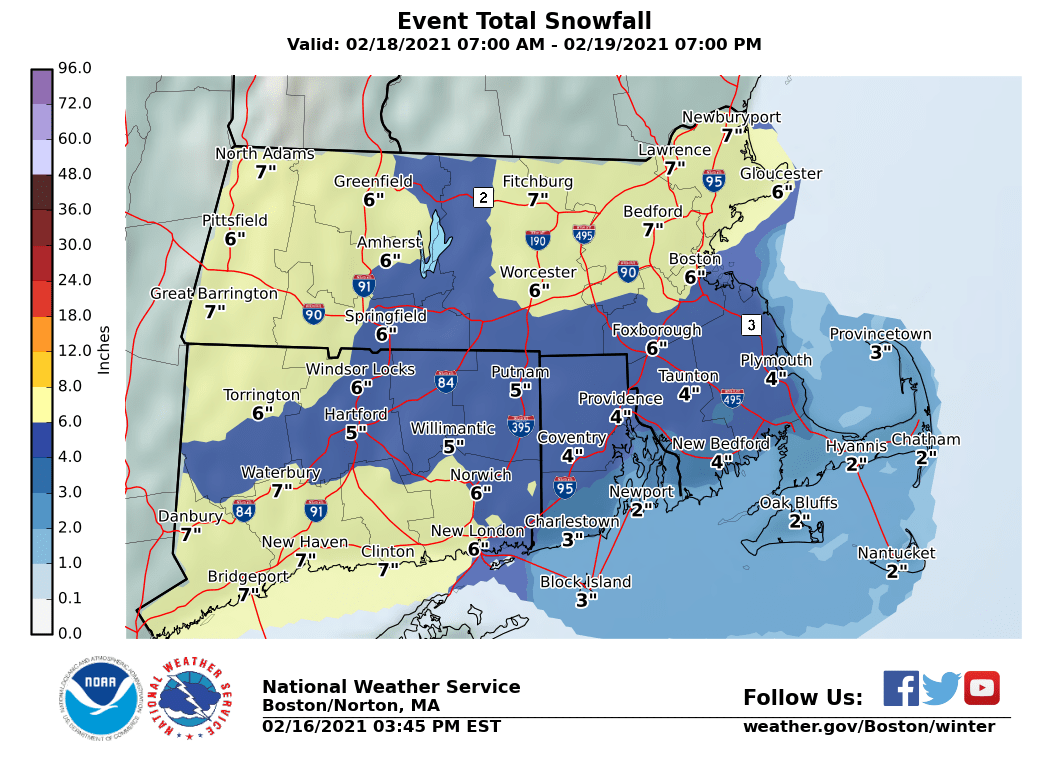 Tonight: Mostly cloudy during the early evening, then gradual clearing.

Thursday: A chance of snow, mainly after 11am.

Thursday Night: Snow likely before 11pm, then snow and sleet.

Friday: Snow and sleet before 9am, then rain and snow between 9am and 4pm, then snow after 4pm.