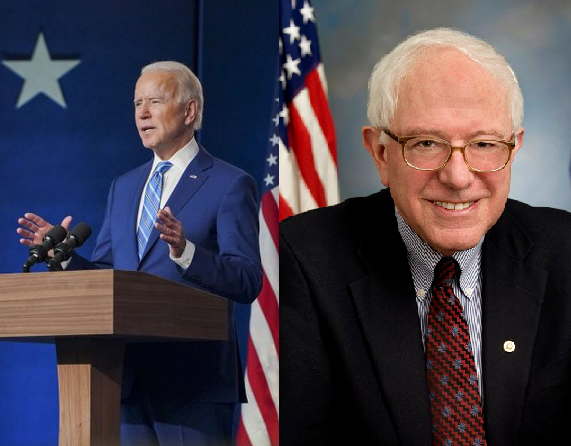 While the Biden Administration reviews how much student debt the president can cancel without Congress, the College for All Act looks to end the debt spiral that college can bring.

“In the wealthiest country in the history of the world, a higher education should be a right for all, not a privilege for the few,” Sen. Sanders said. “If we are going to have the kind of standard of living that the American people deserve, we need to have the best educated workforce in the world. It is absolutely unacceptable that hundreds of thousands of bright young Americans do not get a higher education each year, not because they are unqualified, but because their family does not have enough money. In the 21st century, a free public education system that goes from kindergarten through high school is no longer good enough. The time is long overdue to make public colleges and universities tuition-free and debt-free for working families.”

“While President Biden can and should immediately cancel student debt for millions of borrowers, Congress must ensure that working families never have to take out these crushing loans to receive a higher education in the first place,” Rep. Jayapal said. “The College for All Act will free students from a lifetime of debt, invest in working people, and transform higher education across America by making community college free for everyone and eliminating tuition and fees at public colleges and universities for families making up to $125,000.”

The legislation if passed would guarantee tuition-free community college for all students, and allow students from families earning under $125,000 a year to attend public colleges and universities tuition-free and debt-free. It would also guarantee students from families earning under $125,000 a year can attend tuition-free and debt-free public and private, non-profit Historically Black Colleges and Universities, Hispanic-Serving Institutions, Tribal Colleges and Universities, Asian American and Native American Pacific Islander Serving Institutions, and other Minority-Serving Institutions. The bill also makes an annual $10 billion federal investment to cover student support programs at these under-funded institutions.

The College for All Act doubles the maximum Pell Grant to $12,990, allows students to use the money to cover living and non-tuition expenses, like books and housing, and expands grant eligibility to Dreamers.

The legislation also triples federal TRIO and doubles GEAR UP funding to serve millions of additional low-income students, students with disabilities, and first-generation college students in their pursuit of a higher education.

The federal government’s share of the cost of eliminating tuition and fees at public institutions is set at 75% with states paying the remainder. But the legislation also includes an automatic stabilizer to increase that share to 90% in the case of an economic downturn.

The lawmakers state that The College for All Act would be paid for by the Tax on Wall Street Speculation Act, also reintroduced Wednesday by Sen. Sanders, that puts a tax of 0.5% on stock trades, a 0.1% fee on bonds, and a 0.005% fee on derivatives. The tax would raise up to $2.4 trillion over the next decade. Rep. Barbara Lee will be reintroducing the companion for the tax legislation in the House of Representatives.