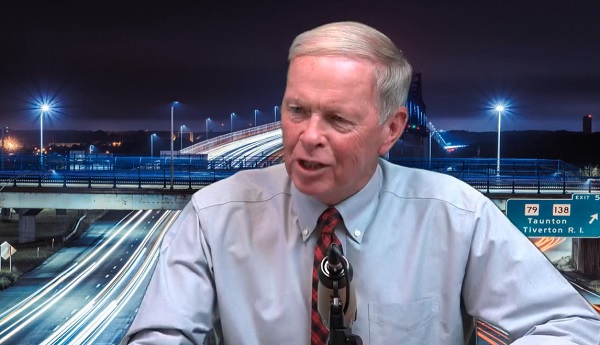 With talk swirling around the punishment levied to Superintendent of Schools Matthew Malone, the Mayor today issued a statement concerning the punishment given.

“A few weeks ago, a vote was taken by the Fall River School Committee to discipline the Superintendent of Schools for serious policy violations. This vote was taken after an investigation by an independent legal counsel about the allegations made by a number of school department employees. That vote has been criticized by citizens and elected officials.

“When I first learned that serious allegations of misconduct had been made against the Superintendent, I sought an opinion from the state ethics commission. This is because my brother, a long time employee of the school department and current Director of Human Resources, reports directly to the Superintendent of Schools.

“The second reason I sought the opinion of the ethics commission is that as both Mayor and Chairman of the School Committee, I am very aware of recent ethical failures in municipal government. I chose to be completely transparent before acting in any manner that might be a violation of the state ethics law and further tarnish the city’s reputation.

“The State Ethics Commission ruled that I could not be involved in any way in the disciplinary process involving the Superintendent. My participation could constitute a violation of the state ethics law. I was required to recuse myself from the process and leave the investigation to the other members of the committee.

“As a result of my mandated recusal, I could not and did not participate in the investigation process or the vote. This was a difficult instruction to follow, as I care deeply about our schools, personnel and students.

“I do, at this time, want to make a couple of general comments about this matter.

“First, as Mayor and Chairman of the School Committee, I want to publicly express my empathy for all individuals whose lives and livelihoods have been and continue to be affected by the actions of the Superintendent.

“Second, there can be no double standard among employees of the School Department. Whatever position one holds, there is a requirement that all employees will be treated with dignity, respect and professionalism by other employees.

“My support and belief in this standard of conduct is based on my own experience as an educator for over 30 years, my years of elected service on both the Fall River School and Diman School Committees and my personal respect for fairness.

“While I was not allowed to participate in the vote on this matter, and I cannot publicly render an opinion on the vote due to legal and ethical constraints, I do wish to make this clear.

“It is crucial we all work hard to insure that the Fall River Public Schools are free of any form of discrimination and disrespect. Our students, families and personnel deserve an environment where everyone shares the common goal of providing a quality education to all children. As a member of the School Committee, I look forward to working with my colleagues to take actionable steps to prevent incidents like these from occurring again. I hope we as a city can unite, so we all focus our time and effort where it belongs- in ensuring a quality education for our kids.”