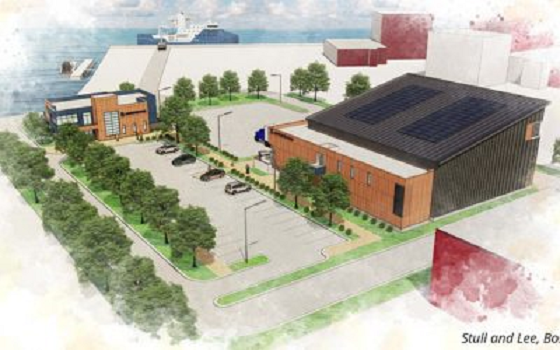 Mayflower submitted multiple bids, each with an accompanying economic development package. Under the largest scenario, which involves interconnecting 1,200 MWs at Brayton Point, Mayflower is committing to spend up to $81 Million on its economic development program. That spending, which would be above and beyond the cost of the O&M Base described below, would support the building of the offshore wind supply chain; provide for education and training of an offshore wind workforce; make significant investments in local ports, businesses, and infrastructure; as well as offer diversity, equity, and inclusion measures that include the hiring of specialized firms and support for low-income electric consumers, among other measures.

“Mayflower Wind is committed to Massachusetts and the South Coast,” said Michael Brown, CEO of Mayflower Wind. “The bids we submitted were formulated after months of conversations with local stakeholders who shared with us their vision for the future of the offshore wind industry. We took those conversations very seriously and developed packages that incorporate their feedback and support each of their diverse groups,” he added.

“Mayflower Wind has shown a willingness to work with local institutions across the SouthCoast, bringing the promise of jobs and the presence of a new industry to Fall River, while working with local businesses and companies that are the economic and educational pillars of our community,” said State Senator Michael J. Rodrigues (D-Westport). “With a commitment to invest time, effort and resources in our region, Mayflower’s proposal to establish their planned base of operations in Fall River is representative of the tangible economic benefit that our region has been seeking from our Commonwealth’s growing offshore wind industry.”

Among the benefits of a successful bid is the establishment of an operations and maintenance (O&M) port in Fall River at the Borden & Remington Ironworks complex. Stull and Lee Inc., urban design and planning firm, is playing a key role in the planning of this redevelopment. “Our firm has a proud history of crafting civic infrastructure that allows communities to fully realize their potential, this port can unlock the untapped economic potential of the Fall River waterfront, boosting an environmental justice community,” said Stull and Lee President, M. David Lee, FAIA.

Mayflower CEO Brown added, “Our O&M port in Fall River and the National Offshore Wind Institute in New Bedford, which we are proud to support, will be twin anchors for a vibrant and growing offshore wind industry on the South Coast.”

Brown noted that Mayflower Wind has leased and “soft opened” an executive, outreach and development office at 99 South Main Street, Fall River, which will be fully operational this October. The office location is close to the O&M port and a short commute to the New Bedford Waterfront that will be the home dock of Mayflower’s crew boats.

Mayflower Wind will have regular office hours, at 99 South Main Street, for interested individuals and groups to stop by, meet with staff and learn more about the project and opportunities with the company, subject in the short-term to COVID rules including advance reservations and indoor masking. A dedicated SouthCoast webpage has been launched on the Mayflower Wind website to provide updates on design, permitting, and outreach activities in the region, including ways to get involved.

Labor including the Boston & New England Maritimes Trades Council, AFL-CIO, also support the project, as noted in their letter, “The workers represented by the Boston & New England Maritimes Trade Council, AFL-CIO have ridden the tide of past maritime industry development and have long waited for Offshore Wind to provide the next great opportunity for our members and their communities. Mayflower Wind seems well positioned to realize upon that vision and we look forward to working with them going forward.”

Others that provided supportive letters include educational institutions such as UMass Dartmouth, Bristol Community College, and the Massachusetts Maritime Academy and research organizations such as the New England Aquarium, as well as Supplier Diversity Experts of Boston which wrote, “Mayflower’s creative proposal will create new jobs and create new business opportunities for minority businesses statewide.”

Earlier this year, the company announced it had purchased interconnection rights at Brayton Point, that had been originally developed by transmission developer Anbaric, to supplement its interconnection on the Cape.

“The work we are doing on the South Coast builds on our ongoing work on the Cape,” said Brown. “From Falmouth to New Bedford to Fall River to Somerset and beyond, Mayflower Wind stands ready to bring the state’s clean energy goals to reality while supporting the people and communities who help bring the benefits of renewable offshore wind energy to our shorelines.”