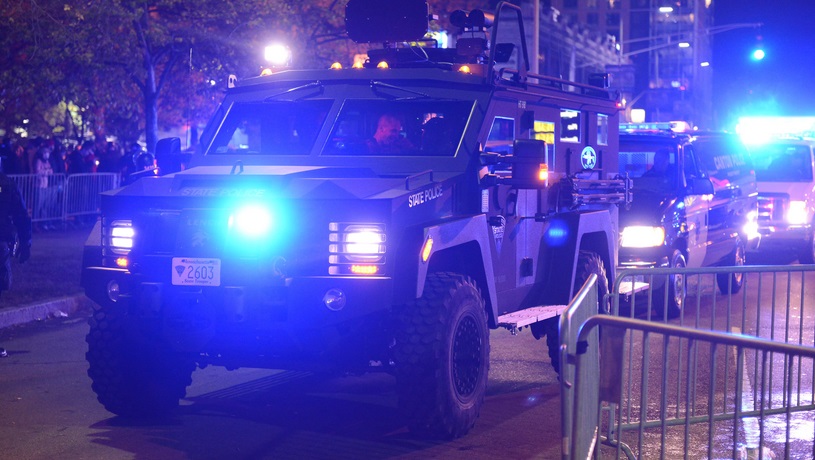 Massachusetts State Police rescued a 3-year-old girl this morning after a tense standoff.

According to MSP, a situation involving barricaded and armed suspect — who had his 3-year-old daughter barricaded with him in his Hanover Street, Lynn apartment — was resolved successfully this morning when the Massachusetts State Police Special Tactical Operations Team made forced entry, rescued the girl, and apprehended the male suspect.

The situation began yesterday afternoon when a Department of Children and Family Services worker and Lynn Police went to the residence on Hanover Street to conduct a well-being check on the child. When the DCF worker and LPD arrived, the subject retreated into the basement. Lynn Officers observed that the suspect was holding a cylindrical object with a six-inch wick coming from one end. Officers also reported observing a machete and a crossbow in the basement.

The MSP Special Tactical Operations (STOP) Team, Crisis Negotiation Unit, and Bomb Squad responded to assist Lynn Police. A perimeter had been established around the residence and police negotiators began a long effort to persuade the man to release the child and surrender.

Negotiation by the Crisis Response Unit continued until around midnight; after that point, despite repeated attempts by negotiators, the suspect refused to communicate further. Around 11 a.m. today, tactical command determined that the suspect was trying to further strengthen the barricades he had erected, had poured a flammable liquid inside the apartment and on a mattress, and had begun igniting fireworks. The STOP Team made an immediate forced entry, breaching multiple doors to get inside, and secured and rescued the three-year-old girl from the hostile suspect. Team members utilized less-than-lethal force to subdue the combative and assaultive suspect.