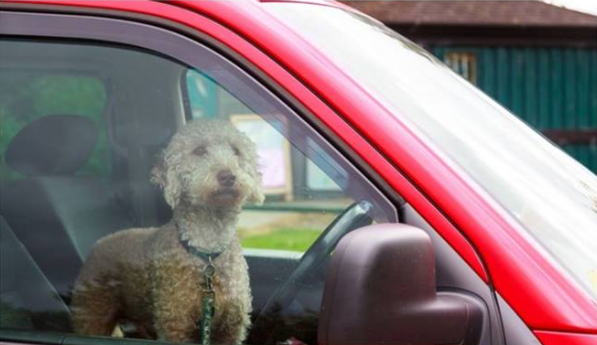 With two incidents this afternoon in Fall River and Somerset involving residents calling in dogs in hot cars, we thought we would go over the law involving animals in hot cars. Both what is considered a dog in a hot car, and what the legalities are for both the owner and the passerby.

It is illegal in Massachusetts to leave an animal in a car where it could threaten the health of the animal due to extreme heat or cold temperatures. Some think, however, that it is legal to just break into a vehicle to save the animal. According to the law, that is not totally true.

The animal needs to look in immediate distress. If so, you must then try to find the owner of the vehicle. Then you must call the police to let them know you are about to break into the car to retrieve the animal.

Here is the law as it is stated:

After making reasonable efforts to locate a motor vehicle’s owner, a person other than an animal control officer, law enforcement officer or fire fighter shall not enter a motor vehicle to remove an animal to protect the health and safety of that animal in immediate danger unless the person: (i) notifies law enforcement or calls 911 before entering the vehicle; (ii) determines that the motor vehicle is locked or there is no other reasonable means for exit and uses not more force than reasonably necessary to enter the motor vehicle and remove the animal; (iii) has a good faith and reasonable belief, based upon known circumstances, that entry into the vehicle is reasonably necessary to prevent imminent danger or harm to the animal; and (iv) remains with the animal in a safe location in reasonable proximity to the vehicle until law enforcement or another first responder arrives. (f) A person who removes an animal from a motor vehicle pursuant to subsection (e) shall be immune from criminal or civil liability that might otherwise result from the removal.