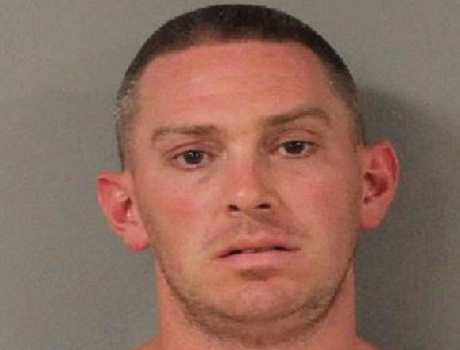 Police have arrested a Massachusetts man after police found a child alone in a car.

According to Captain Philip Gould, on Saturday August 22nd at approximately 1:00 p.m., the Lincoln Police received a call reporting a child left in a vehicle at Twin River Casino.

Officers arrived and met the suspect along with Twin River Security in the parking lot. William Mulrain, a 34-year-old Pembroke, MA resident, was
standing outside of his vehicle with his 2-year-old son in the back seat.

In speaking with Twin River Security it was learned that Mulrain had left the vehicle running with the doors locked for almost an hour while he went into the Casino.

Mulrain stated that he only entered the casino to use the bathroom.

Lincoln Rescue arrived to the scene to evaluate the child. Once the child was cleared by rescue personnel, he was transported back to the Lincoln Police Department to await the arrival of the Child’s mother.

Mulrain was taken into custody and transported back to the Lincoln Police Department where he was processed and arraigned on the charge of Cruelty to or Neglect of Child.

DCYF was contacted and advised of the incident, according to Gould.