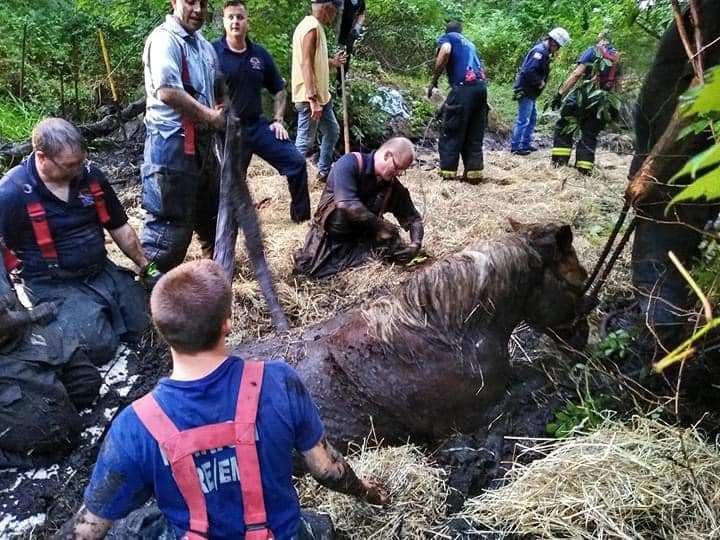 MARION — Chief Brian Jackvony reports that the Marion Fire Department rescued a horse and mule that were submerged in mud over the weekend.

On Sunday, August 17th, at approximately 5:00 p.m., Marion Fire responded to Merrow Farm on Converse Road for a report of a horse and mule stuck in mud.

Upon arrival, firefighters found the mule, Girlie, and the horse, Tick, buried neck-deep in mud. The horse and mule were experiencing labored respiration due to being buried so deep.

Marion Firefighters, Animal Control Officer (ACO) Susan Connor and the owners of the animals dug as much mud out from around the animals as possible to reduce the pressure on the mule and horse.

A winch from the department’s brush breaker, pulleys, straps and a sling were used to extract the animals. Both animals were removed without injury and a veterinarian was present at the scene to evaluate them. 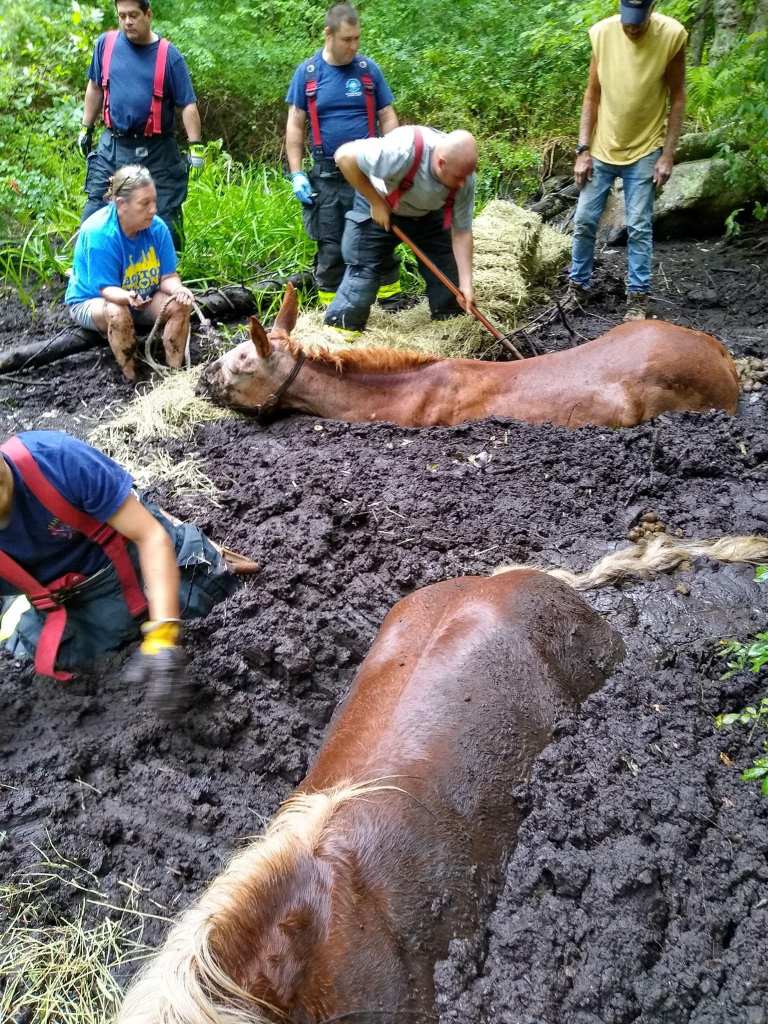 The Plymouth County Large Animal Rescue Team was activated and arrived on scene near the conclusion of the incident.

The scene was cleared at 8 p.m.

“We are pleased to report that both animals are recovering and doing well at this time,” Chief Jackvony said. “I’d like to commend all members of the department who worked in this effort to save them. I’d also like to thank Plymouth County Tech Rescue and Mattapoisett Fire for their assistance. All parties worked cohesively for a positive outcome.”