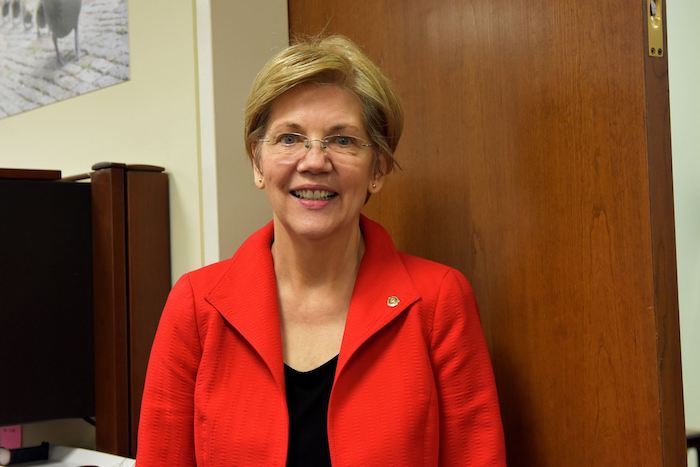 (Boston/Washington, D.C.) – Thursday, United States Senators Elizabeth Warren (D-Mass.), Tammy Baldwin (D-Wisc.), and Rep. Jan Schakowsky (D-Ill.) introduced the Price Gouging Prevention Act of 2022, which would prohibit the practice of price gouging during all abnormal market disruptions – including the current pandemic – by authorizing the Federal Trade Commission and state attorneys general to enforce a federal ban against unconscionably excessive price increases, regardless of a seller’s position in a supply chain. The legislation also looks to strengthen and expand requirements for public companies to disclose their pricing strategies in their filings with the Securities and Exchange Commission and grants new funding to the FTC.

“Prices are rising, and consumers are paying more, while giant corporations are using inflation as a cover to expand their profits,” said Senator Warren. “This bill would crack down on corporate price gouging by setting tougher rules of the road and enhancing enforcement, and I’m going to fight to get this done.”

“We can lower costs for families across Wisconsin if we take on big corporations who are using a crisis to jack up prices for consumers,” said Senator Tammy Baldwin. “During COVID, Big Oil and those at the top of the food chain have used inflation to boost record profits while working families have paid the price. This legislation will shine a light on price hikes and help prevent big corporations from exploiting a period of inflation to gouge consumers with higher costs.”

“Price gouging harms consumers and is fueling the inflation hitting Americans’ pocketbooks. Corporate profit margins reached a 70-year high in 2021. Just this year, Big Pharma has increased the prices of 742 drugs. And prices at the pump remain high despite the cost of oil coming down. That’s corporate greed. During World War II, war profiteers were held accountable. The same rule should apply here. Our bill empowers the FTC to hold these price gouging companies accountable when they take advantage of American consumers, especially during times of global uncertainty,” said Rep. Schakowsky.

-Prohibit price gouging at the federal level. The proposed bill would allow the FTC and state attorneys general to enforce a new standard against sellers charging an unconscionably excessive price during periods of exceptional market shock. The bill clarifies that price gouging is illegal wherever it occurs in a supply chain or distribution network.

-Target dominant companies that have exploited the pandemic to boost profits. The bill would create a rebuttable presumption of price gouging against firms that exercise unfair leverage and companies that brag about increasing prices during periods of inflation.