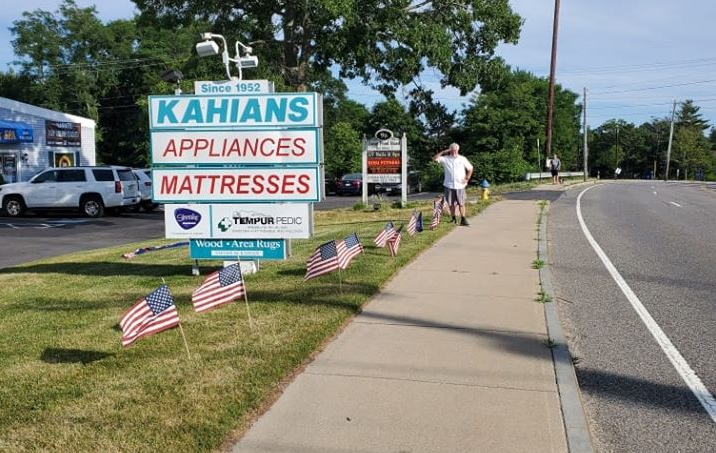 A Massachusetts business owner is not waving a white flag when it comes to removing American flags off of his property.

Steven Kahian who owns Kahians, an appliance store at 96 Long Pond Road in Plymouth, says he received a notice stating he had to remove all of his flags due to what was deemed to be a distraction for drivers.

Kahian took to social media to let his displeasure be known.

“The Town of Plymouth hand delivered a notice for me to remove my American flags. I will not and they will need to plead the reason in court.”

Kahian went on to say that he would call the police if necessary.

“I think most of you know I will not comply, so Mr. Zoning Enforcement Officer, if you touch our flags I will call the police.”

Kahian doesn’t see the flags as a distraction to drivers.

Kahian’s message on social media left hundreds of area residents coming to his defense and believing that he was in the right.

According to the Town, however, he was never asked to remove the flags and the issue was concerning bigger banner signs. 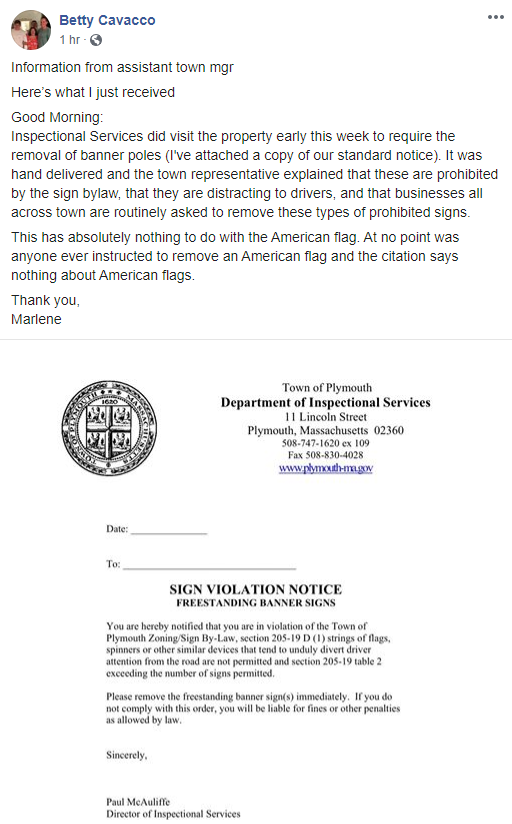 A banner could be seen rolled up on the ground of the property.

As of Friday morning, Kahian continued to believe he has been asked to remove the flags.