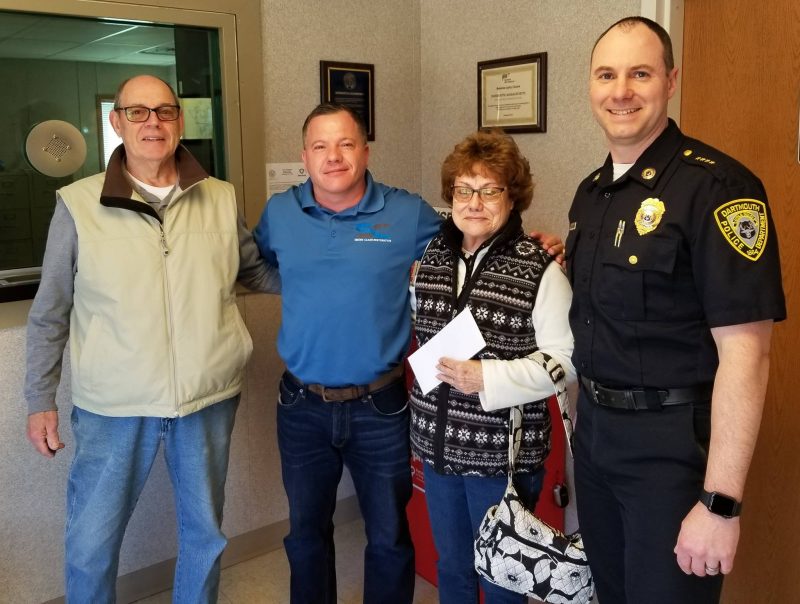 A silver lining from a robbery earlier this week occurred this morning courtesy of a local man.

According to Dartmouth Police, after seeing the story about the purse snatching that occurred on Monday, April 8th, Chris Payton (second from the left) contacted DPD and asked if a meeting between he and the victim, Alice Costa (second from the right) could take place. The purpose of the meeting being that Payton could present Costa with a very generous gift from the owner of his company (the Pomeranse family) to help her recuperate some of the loss that she incurred during the incident.

The Dartmouth Police Department was very appreciative of the selfless act.

“Because we deal with so much negative on a daily basis, we sometimes need moments such as this to restore our faith in humanity.”

“On behalf of Chief Levesque and the members of DPD, we would like to thank Mr. Payton and the Pomeranse family for not only helping us remember that there truly are VERY good people out there, but also for helping Mrs. Costa recover from this surely traumatic event.”

Miguel Brasil admitted to police that he committed the robbery and is being held without bail.