Local mother BiBi Rivera shared a heartwarming story recently that spoke to the true spirit of giving in our city. Her seven year-old son Jordan (pictured) saw a construction worker tending to the street where he lives and told the police officer on duty there that he wanted to get a job working construction as well. 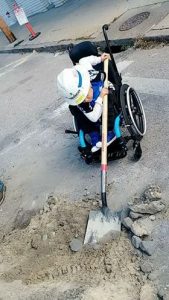 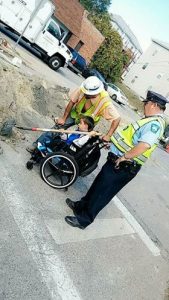 The police officer brought Jordan over to the construction team and allowed him to apply for a job as a city worker for the day. “He was the happiest kid ever. His smile was priceless,” said his mother. Jordan was named an honorary Fall River Construction Worker and as you can see in the above photos, he had a fantastic time doing so. Well done, Fall River Police Department and thank you to the kind city workers who made a child’s dream a reality.