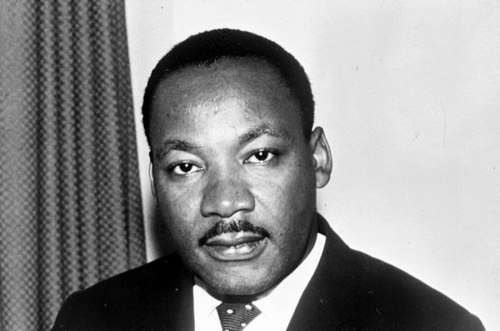 I attended the Dartmouth Candidate Forum (Wednesday) night and took notes on the School Committee candidates. I have been following MAGA candidate Lynn Turner’s entry into the race and in a previous piece I summarized what we know about her views and what we still do not:

“If Lynne Turner is every bit the culture warrior she seems to be, electing her will mean: blocking diversity curriculum; censoring the teaching of actual history; handicapping schools’ ability to impose public health and safety mandates when necessary; undermining public schools in favor of charters; promoting privatization and vouchers; banning library books and textbooks; and refusing to play nice with the other kids. It’s also reasonable to assume that Mrs. Turner would do nothing positive for gay kids, trans kids, BIPOC kids, or sex education. These are all issues upon which she has so far refused to elaborate.”

While the forum shed some light on Lynne Turner’s views, there’s still a lot we don’t know. And the forum didn’t really illuminate much.

The forum was moderated Paul Santos, who has a show on New Bedford Guide. Present were Kate Robinson from WBSM and Chris Shea from Dartmouth Week, who put questions to the candidates.

Candidates John Nunes and Lynne Turner were present. Chris Oliver had a work commitment and could not attend the forum. Only two of the three candidates will be (re)elected when voters go to the polls on April 5th.

The hot topic was the Dartmouth mascot, which consumed much of the segment. Each candidate got a chance to demonstrate that his or her love for Dartmouth was deep and eternal and that his or her reverence for the mascot epitomized it. All were in favor of an agreement with the Aquinnah (to the exclusion of all other local tribes) in order to legitimize the town’s use of the mascot. Turner said the quiet part out loud: “I think we should not look any further than our local native tribe to find the answer that we need.”

Sure, because if you ask any other tribe, you won’t get the answer that you need.

Both candidates were asked if books should ever be banned in schools. Shockingly and without reservations, both Turner and Nunes said they had no problem with censorship. Both were asked about School Resource Officers and both replied that armed police playing social workers was great, pointing to how an SRO presence makes children view police more favorably.

Mainly, however, it was an evening for softball. There were no questions about: charters; health classes that dealt with sexual preference, identity, or contraception; what the candidates thought of trans kids on sports teams or in bathrooms; the District’s right to impose masking or vaccine mandates; and — despite questions raised by the MAGA candidate’s anti-CRT campaign — what the candidates understood of Critical Race Theory.

Instead, the question was: “Do you believe the School Committee should have a role in deciding whether to teach about race and identity, or should it be left up to the educators?”

This was a completely botched question. The first half should not have used the word “race” but instead “teaching American history involving racial injustices and struggles.” And the last half should have been “or should it be left up to parents with pitchforks?” A less open-ended question about specific curriculum materials like the 1619 Project or the 1776 Project might have kept candidates on-topic.

But even this wobbly softball seemed to shock Turner, who stammered, “Race and identity? And your question was, the School Board? Could you repeat that?”

After buying herself some time, Turner’s response was still non-responsive. “I believe that the School Committee is already involved in teaching and developing curriculum to address those issues through the Diversity and Equality Committee. They actually have charges that are about equity. There’s nothing in there about equality. But there’s a lot of discussion in them. I do watch them on the Zoom, and there’s a lot of discussion about race at those meetings. So it already exists. And, as far as how that is addressed I think we need to be careful and not to put so much focus on dividing people into boxes by race or identity. I think we need to take people as they come and to love all people however they come. I think that Martin Luther King had it right, that we should not be looking at the color of someone’s skin but the content of their character. I would like for our schools to focus more on….”

Anything but real American history. And since when do people who want to sweep racism under the rug get to quote King?!

Turner had also apparently not bothered to do her homework on school budget issues or the mandates that had irked the culture warrior enough to enter the race. Nunes at least knew his way around state and COVID funding, the schools’ aging infrastructure, and long-term planning, and he pointed out that many of the COVID-related mandates Turner hates so much came from DESE and the state Department of Health.

Both Nunes and Turner agreed with the Superintendent’s proposal to raise administrator salaries, but both managed to confuse salaried administrators with unionized teachers whose pay rates are determined by contract.

While Nunes and Turner share many views, Chris Oliver expressed concern for extremist views that Turner has expressed online and in emails to the Committee, calling them a “political agenda that is bad for our students.” Oliver asked voters to “dig a little deeper” to understand each candidate’s “true motivation for running for school committee.”