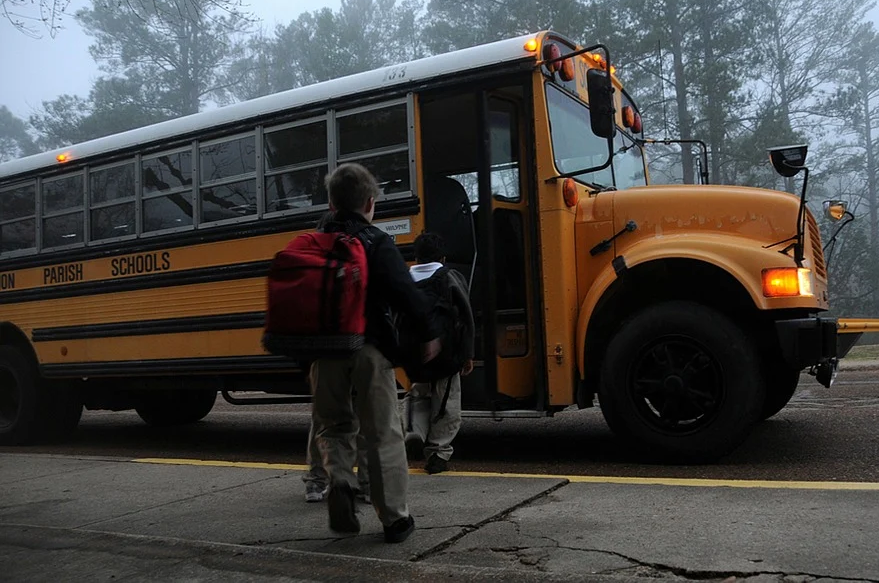 We received this letter from a Fall River mother who expressed concerns involving her autistic son.

My son is a first grader with mild autism. We moved to Fall River in August of 2020. He had started school in New Bedford and had a very substantial IEP (Individualized Education Program) with lots of therapies and services. Upon my son’s transfer to the Fall River District, I wasn’t given all of the information and was told that I had to sign a placement IEP that would allow him to start school. They did explain that they did not offer ABA (applied behavior analysis) therapy in school, but we could meet in a month or so to figure out his services. What they failed to tell me was that they had the option to leave him in his previous school district with those services until we could have an IEP meeting to discuss my son’s IEP and future.

In November of 2020, Kristen Farris who is now the interim superintendent of special education but at the time was the assistant superintendent of early education, was at the IEP meeting. During our IEP meeting, my dad was very upset explaining about my son’s behavioral concerns and the need for therapy. She was snickering and laughing and then denied it and made it seem as if I was making it up. I told her that we were on zoom, and I could see her face. I saw it with my own eyes. That meeting obviously ended up going nowhere and she was removed from my son’s case. At this IEP meeting, I agreed with the IEP placement, but I had written that I was basically signing the IEP just so my son could have some services because something was better than nothing. I still wasn’t confident that Fall River could handle or meet my son’s IEP.

At the time, my son was at Henry Lord in a half day integrated Pre-K class. He did have some behaviors, but it wasn’t quite that bad yet. There was a lot of staff turnover, and his behavior really didn’t start picking up until they started having consistent staff in April of 2021. My son would have 52 instances of physical aggression which previously my son was never aggressive.

While my son was attending school, myself, my son’s father and my father had been advocating for my son’s IEP services. We had filed a complaint with DESE (Department of Elementary and Secondary Education). We had a mediation with the BSEA (Bureau of Special Education Appeals) in March of 2021. The district was offering either putting him in a substantially sub separate classroom with kids that are K through 2nd grade on top of the ASD (Autism Spectrum Disorder) integrated Pre-K class. He was in for a full day, and he could have those services, or they would transfer his school and hire an outside ABA company to come in and provide therapy. The paraprofessionals were not trained to deal with autistic children from how they described it. We rejected both options and we were at a standstill.

In April, when my son’s physical behaviors started to have a major increase, we continued to fight for him even more because my son could not emotionally self-regulate while in school because he did not have the supports. It took all summer in order to get my son back to baseline. At the time, I was working with a legal advocate from health law associates, and we were trying to find a way to work with the school district to find my son appropriate placement and an integrated setting with ABA therapy and staff that were trained to deal with these kinds of behaviors and outbursts that could identify the triggers and help de-escalate. So, when the school had called me in August of 2021 to enroll my son in kindergarten, I told them over my dead body would he attend a Fall River School, but I never officially withdrew him. At this time, I was still working with the attorney about the IEP services. They completely dropped him and withdrew him from the school system without my consent. When school opened and I had set up a meeting with the special education supervisors and my attorney, they had to re-enroll him. We had a flurry of meetings. They felt their substantially sub separate classrooms were going to be the best option because “they had the most services”.

My ex and I checked out Henry Lord, which is where my son was previously enrolled, and Spencer Borden. After seeing both classrooms, we chose the classroom at Spencer Borden because the teachers background was in a similar field to ABA therapy. He did very well there. He did have some behavioral episodes. He still had aggression, but he was getting over it. The teacher understood and provided enough support where my son could get through the day without having extreme behavioral episodes. This program is an ASD step up kindergarten, first grade combination that moved this past September to Alfred S. Letourneau Elementary School.

His previous teacher and one of the paraprofessionals were supposed to transfer to this program at the new school but they had taken other positions in the district. The teacher at the Letourneau program had no real experience in dealing with the type of children that were in this class. My son was coming home very dysregulated every single day. His aggressive behaviors had almost quadrupled in a very short amount of time. There were not any ABA trained paraprofessionals in that classroom at the time. Because of the other children’s behaviors, my son was coming home with bruises. Coming home telling us that he was fighting with other children. It would take hours and hours to calm him down just for him to go to sleep and then have to go through the same thing all over again the next day. His behaviors escalated to such a point in the first two weeks of school that he had his bus rights revoked and he was not allowed to ride the bus until I had a conversation with the school and transportation.

In the first 3 weeks he had four different disciplinaries from being on the bus which he never had prior because his behaviors had increased to such a level that nobody could contain him. My family and I kept meeting and calling the school and telling them that we had serious safety concerns over my son’s behaviors and their ability to properly educate and de-escalate him safely. They told me that they had a plan to get everything under control and I needed to trust them. My son’s behaviors escalated to such a point where he was forcing himself to defecate and urinate and strip naked at the school bathroom and have hour long behavior sessions and nobody could calm my child down which resulted in me having to dismiss him early from school.

Due to these behaviors, my family and I once again had to address the fact that he should not be in a substantially sub separate classroom and currently there are not enough people trained and equipped to be able to handle or educate him. I have kept him home since October 7th due to the mental and emotional health concerns. My family and I have told the school he needs to be in an integrated setting as to limit his exposure to other sub separate children. In order for him to learn regulation, he needs peer models. Their response has been to refer my child to even further segregated settings such as day programs and alternative schools because they are not sure of how to help him. They do not believe he is ready to be in an integrated setting. Two of his previous classes, however, have been integrated settings and he did very well in those settings. I now have a private attorney working with me to try and figure out a placement for him.

Staff are way too reactive instead of being proactive. They do have a lot of really solid teachers and have stepped up but not all teachers are trained the same.