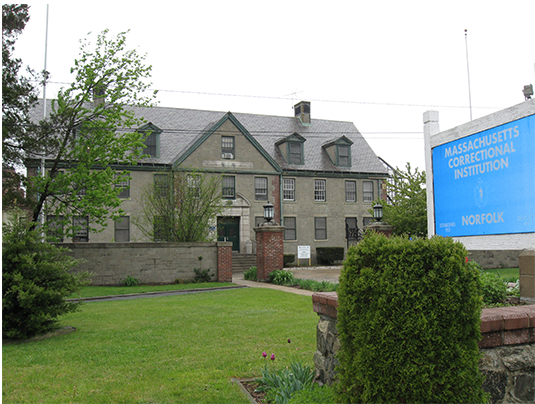 (Boston, MA) Thursday, Prisoners’ Legal Services of Massachusetts filed papers seeking a preliminary injunction asking the Department of Correction
to take drastic steps to stop the spread of COVID-19 in its prisons. Filed in Suffolk Superior Court, the brief in Foster v. Mici describes what the group calls extreme overcrowding that has led to increased infection and death among incarcerated people.

“It is urgent that DOC make full use of all the public health and legal tools they have to protect incarcerated people, their families, DOC staff, and the community from COVID-19,” said Elizabeth Matos, Executive Director of Prisoners’ Legal Services. “The failure to create the opportunity to distance inside prison walls has resulted in uncontrolled outbreaks, mass sickness and preventable deaths in the Commonwealth’s prisons, including 5 in the last month alone.”

According to a statement released by the group, from the beginning of March until DOC data cuts off in early September 2020, there were 286 medical parole petitions filed, of which 8 had been granted.

“Despite the Supreme Judicial Court explicitly affirming DOC Commissioner Carol Mici’s authority to release prisoners on home confinement in a June decision she still has not released a single person to home confinement. The densest prisons have experienced the greatest outbreaks. Four prisons account for 1,069 new infections since October 29, nearly all of the total of 1,085 new infections during that period. MCI-Norfolk, operating at 111 percent of its design capacity, had 416 infections. MCI-Shirley, at 105 percent of capacity, had 280 infections. NCCI Gardner, at 140 percent capacity, had 162 infections. MCI Concord, where 72 percent share a cell with at least one other person, and 108 share with two or more, had 284 cases.”

The brief includes accounts of 40 incarcerated people describing daily close contact with other prisoners and staff while in meal lines, receiving medications, on work assignments, moving about the prison, making phone calls, and in cells that house more than one incarcerated person.