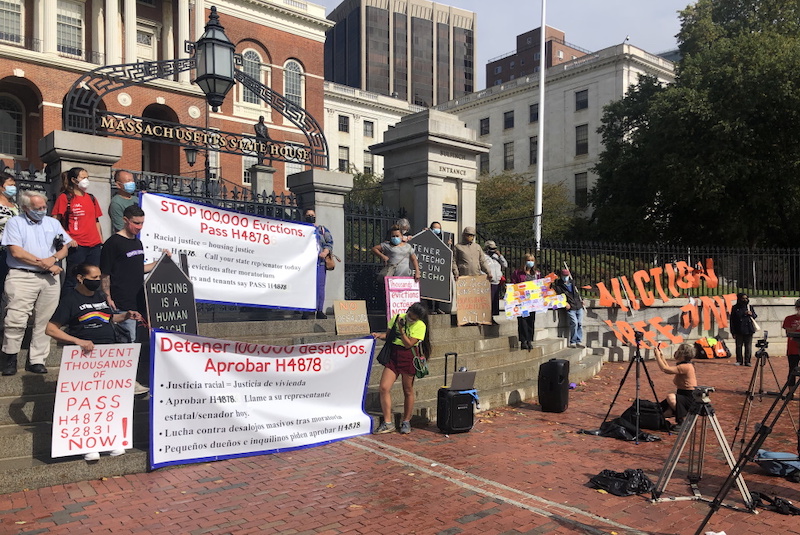 Several major property owners representing hundreds of thousands of rental units nationwide agreed Monday to pause evictions for failure to pay rent until 2021 and to work with tenants who are struggling amid the COVID-19 pandemic, the Greater Boston Real Estate Board announced.

By signing the board’s housing stability pledge, property holders and landlords said they would communicate with tenants experiencing financial hardship about emergency support programs that could help them cover rent. They also said they will pursue repayment plans and seek mediation as first steps before turning to formal eviction proceedings.

Massachusetts leaders implemented a moratorium on most non-emergency evictions and foreclosures for the first six-plus months of the pandemic, but Gov. Charlie Baker allowed it to expire in October as he unveiled a $171 million plan that allocates more funding for rental assistance and streamlines applications.

Despite that effort, many housing justice advocates have warned that a flood of evictions is already starting, which could push Bay State renters into crowded living conditions while the virus remains a threat or onto the street. “With this pledge, we reaffirm our ongoing commitment to support tenants and to ensure owners don’t have to resort to eviction of those who are not able to pay their rent because of financial hardship due to COVID-19,” GBREB CEO Greg Vasil said in a press release. “We stand with our members who have been working with their residents in good faith and have taken this pledge to continue to maintain housing stability across Massachusetts throughout the pandemic.”