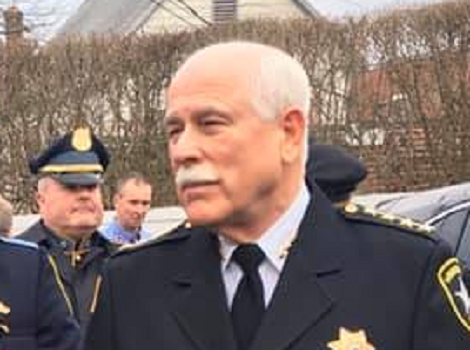 Federal District Court Justice William Young has criticized Sheriff Hodgson and ICE for opposing the release of people detained in the Bristol County ICE facility despite the coronavirus pandemic.

In a memorandum and order issued recently, the judge stated how the government acted with “deliberate indifference” towards the lives and safety of those it was charged with holding. Judge Young complained that ICE opposed granting bail to a 54-year-old father of two, whose charge was shoplifting.

“At the end of the day, the government’s position was uncompromising. It was also off the wall,” Justice Young ruled.

The Court stated that the government refused voluntarily to work toward reducing the population of the facility to a density in which social distancing would be possible; the government’s failure to test any asymptomatic detainees or staff, notwithstanding the known risk of asymptomatic infection; and the lack of adequate contact tracing, including the issue of
“close contacts.”

The judge compared Hodgson’s actions to, “a NASCAR driver who spurns a seatbelt and helmet because she plans not to crash.”

Currently, over 40 incarcerated people and 40 employees have tested positive for COVID-19, according to Bristol County for Correctional Justice.

Judge Young stated that “The government never argued that the full cohort of 148 BCHOC detainees could achieve effective social distancing. Instead, it chose to pretend that social distancing was not critical, repeatedly asserting that the facility was safe because the virus could somehow be kept outside.”

The BCSO and Hodgson have expressed their concern over inmate releases and the records of those being released. One man had more than 80 charges/convictions on his record, including Assault & Battery on a pregnant victim, fentanyl, heroin, and many gun-related offenses.

“The people have a right to know who’s walking around their neighborhoods,” Hodgson said. “The only reason this individual with a rap sheet pages and pages long is out in the community right now is because a judge feared he may contract COVID while behind bars. Releasing prisoners because of COVID fears is wrong and not in the best interest of public safety.”

Betty Ussach, an activist with Bristol County for Correctional Justice, and also an attorney said, “It’s outrageous for the Sheriff and government to assert that they cooperated in reducing the jail population when they, in fact, did the very opposite. They opposed every effort to reduce the danger of coronavirus infection.” She added, “It’s encouraging to see a federal judge call them out on this claim which is completely unsupported by facts.”