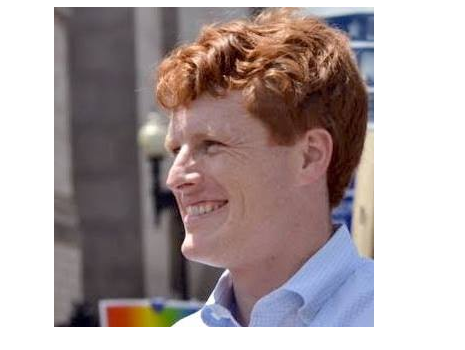 U.S. Representative Pramila Jayapal, Co-Chair of the Congressional Progressive Caucus, and U.S. Representative Joe Kennedy III introduced the Medicare Crisis Program Act earlier this month with a goal of guaranteed access to health care during the COVID-19 pandemic. The legislation would expand Medicare and Medicaid eligibility during the crisis, cap out-of-pocket costs for Medicare enrollees, and eliminate co-pays, coinsurance or deductibles for COVID-19 testing and related care.

More than 36 million Americans have filed for unemployment in the last two months. With many of those tied to employee sponsored health plans, millions have lost their healthcare coverage, prompting the move.

“Our nation’s for-profit, employment-based health care system did not make sense before COVID-19 struck, and it is proving dangerous and deadly during the crisis. Millions of Americans are losing their job and their health insurance at precisely the moment when we need everyone to be able to access care and treatment for illness,” said Jayapal. “The Medicare Crisis Program Act would guarantee health care for millions of people struggling with the health and economic realities of the COVID-19 pandemic and protect Americans from outrageous out-of-pocket costs.”

“A health care system more concerned with profits than patients was never equipped to confront a pandemic like COVID-19. Because of our nation’s stubborn failure to guarantee universal health care, millions of people are now not only out of a job, but out of health care coverage as coronavirus ravages their communities. With the Medicare Crisis Program Act, we can begin to fill in the gaps of a fundamentally flawed health care system during this pandemic and chart a path towards Medicare For All when it ends,” said Kennedy.

According to the Co-Chair, The Medicare Crisis Program Act would:

Expand Medicare: The legislation would enroll the recently unemployed and their household into Medicare, with coverage retroactive to the date of unemployment. It would also eliminate premiums and limit out-of-pocket costs at 5 percent of monthly income – not counting unemployment benefits – for all new and existing Medicare enrollees.

Expand Medicaid Eligibility: The legislation would enhance federal funding to states for existing Medicaid enrollees, increase the federal income eligibility threshold for Medicaid to 300% of the federal poverty level, and pay 100% of the cost for newly eligible enrollees.

Limit out-of-pocket costs for everyone: The legislation would require Medicare, Medicaid and all other public and private health insurers to cover all costs of COVID-19-related care, including if a patient seeks cares due to COVID-19 symptoms but ultimately tests negative. It would also prohibit health care providers from billing any of these services to those who remain uninsured.

The Medicare Crisis Program Act would remain in effect for enrollees until the federal and state unemployment rate returns to within 2% of the unemployment rate in the last quarter of 2019 or they are employed and enrolled in sufficient health insurance, whichever occurs first.

The legislation is also endorsed by more than 60 national and local organizations.

The National Taxpayers Union (NTU) is one of 31 organizations urging Congress to reject the bill.

“The “Medicare Crisis Program Act” would rely on flawed and struggling federal health programs to cover the recently uninsured, and would open the door to a single-payer, “Medicare for All” program that would do tremendous harm to the fiscal and economic well-being of the United States and further endanger the access to timely, quality care upon which millions of Americans depend. The Medicare Crisis Program Act would immediately enroll millions of people in Medicare, even though the Medicare Board of Trustees projected just last month that the Hospital Insurance (HI) trust fund will be depleted by 2026.”