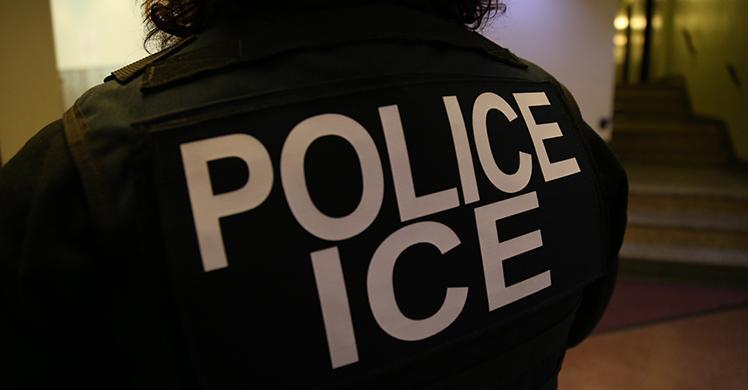 During the enforcement action, of the 58 individuals arrested by ICE’s ERO for violating U.S. immigration laws:

30 had prior felony convictions for serious or violent offenses;

9 were referred for criminal prosecution to the appropriate U.S. Attorney’s Office in the jurisdiction; one is being referred to the U.S. Marshals for failure to register as a sex offender as required by federal law;

9 of those arrested had been previously removed from the United States and returned illegally; and,

“The men and women of ICE, through efforts like the one we have completed this week, remain committed to apprehending dangerous criminal aliens who threaten our communities.” said Todd M. Lyons, Acting Field Office Director, ERO Boston. “ICE officers in New England continue to enforce immigration laws as they have always done, targeting criminal aliens and removing them from our streets. Despite unjustified criticism, our officers continue to work daily with professionalism and integrity to enforce immigration law and protect our communities from criminal aliens.”

The arrestees include nationals from Dominican Republic, Brazil, France , Jamaica, Haiti and Antigua among other nations.

ICE focuses its enforcement resources on individuals who pose a threat to national security, public safety and border security. However, ICE no longer exempts classes or categories of removable aliens from potential enforcement. All of those in violation of immigration laws may be subject to immigration arrest, detention and, if found removable by final order, removal from the United States.

ICE places detainers on individuals who have been arrested on local criminal charges and who are suspected of being deportable, so that ICE can take custody of that person when he or she is released from local custody. When law enforcement agencies fail to honor immigration detainers and release serious criminal offenders onto the streets, it undermines ICE’s ability to protect public safety and carry out its mission.

In years past, most of these individuals would have been turned over to ICE by local authorities upon their release from jail based on ICE detainers. Since some “ sanctuary jurisdictions” including Boston, do not honor ICE detainers, these individuals, who often have significant criminal histories, are released onto the street, presenting a potential public safety threat. ICE thus periodically conducts at-large arrests in local communities instead of focusing on arrests at jails and prisons where transfers are safer for ICE officers and the community.