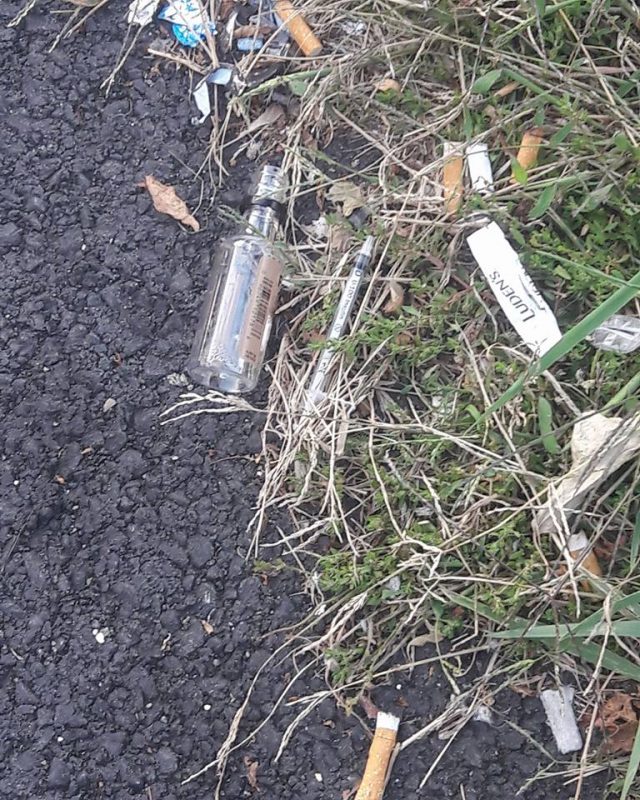 They have been seen in parks, beaches, and city streets in Fall River and across the country. There are calls to Fall River police to collect them. It’s needles.

This past summer there was a river of needles in Lowell. Several showing up at Hampton beach. Its far from a Fall River problem.

The particular needle in the picture above was found by Tracy Goncalves while walking with her son and husband John near Battleship Cove this past summer.  “This is such a shame. I’ve never had to witness this with my own two eyes. I’ve always seen pics but this is unbelievable . This is getting out of control. If you decide to shoot up or drink in public places, have the decency to dispose of it the correct way . Our children don’t need to see or know what this world is turning into. This is so sad.” With seasonably warm temperatures occurring this month, more needle sightings have occurred in the city.

The question is. What do we do about it? Fall River police are already pushed with the numerous calls coming into dispatch. Although getting the needles off of the streets are very important so someone doesn’t prick themselves, resources could be put to better use then several calls to pick up needles throughout the course of a weekend. The drug problem is not going away any time soon and it is just a matter of time before another child, or even adult, sticks themselves with another needle in Massachusetts.  A needle exchange program is one possibility. Putting deposits on needles is another. You could also add receptacles at parks and attractions. What is your take? What would you do to solve the problem of discarded needles?