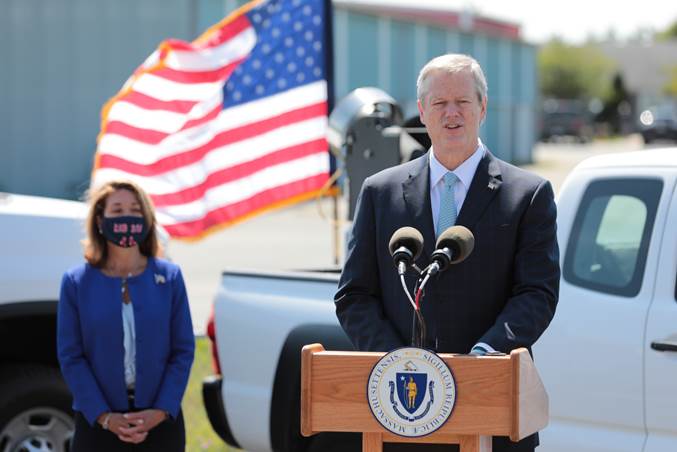 Promising clinical trial results for three potential COVID-19 vaccine are fueling the debate about when people may actually get vaccinated, and Gov. Charlie Baker said Monday that he expects activity to start early next year and ramp up from there.

“I don’t want to put numbers out there yet because those are still being discussed,” he said. “But I think the idea is to have a fairly significant amount of vaccines start to be available sometime early in 2021, with that amount growing sort of over the course of the first five or six months of the calendar year.”

The governor said the “big issue” associated with the COVID-19 vaccine is the role of the states and the federal government in ensuring that work associated with clinical trials is finished, that manufacturing protocols are in place, and that distribution occurs with doses going first to “high risk elements.” The “big conversation that’s been going on” is over who might get vaccinated first, Baker said, mentioning the possibility of health care workers, employees in long-term care settings, people with pre-existing health conditions, and people in communities that have been adversely affected.

“I would say that hasn’t been fully decided yet,” the governor said. Baker assured residents that Massachusetts already has an existing vaccine distribution infrastructure in place.