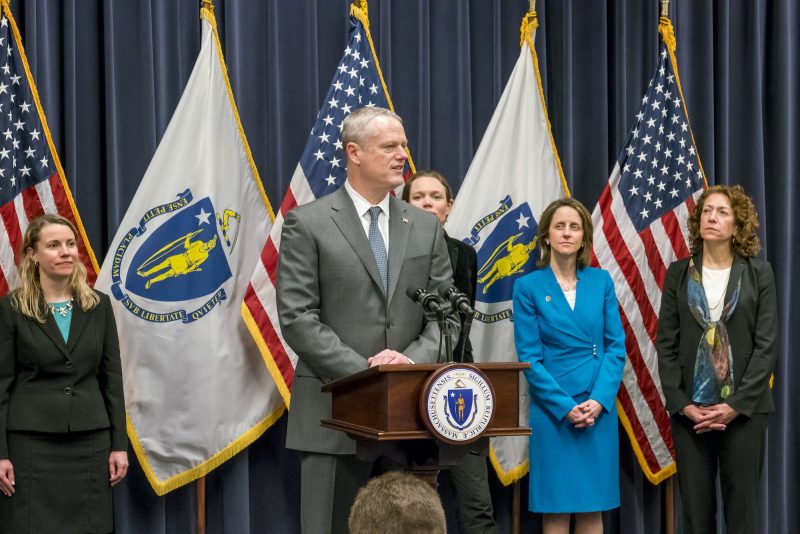 Inadequacies in the current system have been recently highlighted by the case of Wayne Chapman, an admitted and convicted child rapist who was found not sexually dangerous by two qualified examiners.

“Serial child predators should be behind bars for the rest of their lives, not out in our communities,” said Governor Charlie Baker. “Today, our administration is filing legislation to make changes to our laws to prevent dangerous individuals from being released in the future, and we look forward to working with the Legislature on this important matter.”

The bill will require a full hearing by the court to resolve disputes over whether a sexually dangerous person should be released from custody. Current law requires that an individual held under a civil commitment be released when two qualified examiners determine the person is no longer sexually dangerous, without further review by the court, even if other equally qualified experts disagree.

“Crimes committed against children are among the most horrible our court system handles, and updating the penalties reflects the seriousness with which we take these offenses,” said Lt. Governor Karyn Polito. “The strengthened review process included in this bill will ensure dangerous individuals are not released, which will protect our children and our communities.”

“We need to revisit the kinds of sentences that give serial rapists of children like Wayne Chapman the chance to be released and reoffend,” said Secretary of Public Safety and Security Daniel Bennett. “Violent offenders who repeatedly prey on children should be sentenced to life in prison and not to shorter terms.”