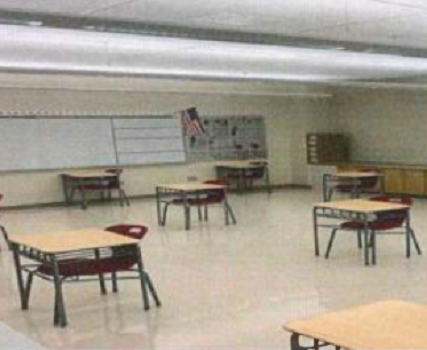 After the number of newly confirmed COVID-19 cases in Massachusetts schools surpassed 1,000 for the first time this week, Gov. Charlie Baker linked the acceleration to community spread and defended school as “a much safer place for kids to be than most other places in the community.”

“There’s still no real evidence that spread is taking place in schools,” Baker replied Friday when asked if he was concerned by the rising school numbers. “Remember, the vast majority of the reporting done is about people calling to say so-and-so won’t be in school because they tested positive, and it’s still a fraction of the positivity rates you see in communities and across the commonwealth generally.”

On Thursday, the Department of Elementary and Secondary Education reported 1,009 new cases of COVID-19, including 591 among students participating in hybrid or fully in-person learning and 418 among staff with building access.

Baker pointed to a recent report from the U.S. Centers for Disease Control that found children who became ill with COVID-19 were more likely to be exposed in settings outside school. “They were more likely to have been at playdates, parties, weddings or funerals — those were really the places where the CDC said you primarily saw a lot of these kids have been,” Baker said. “School was not one of them. In fact, school was on the other end of that calculation.”