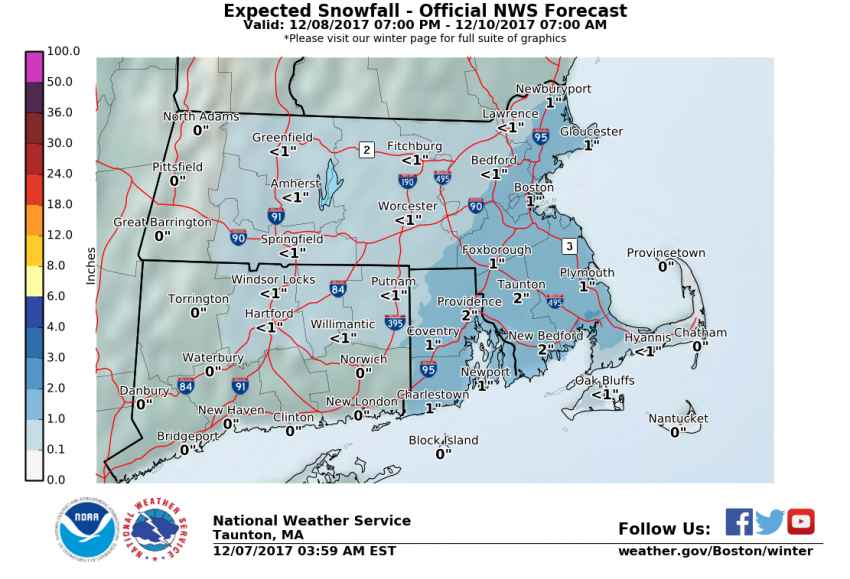 According to the National Weather Service in Taunton, accumulating snow is possible across eastern Massachusetts and Rhode Island Saturday and Saturday night, Also impacts further back across the interior can not be ruled out if the storm ends up tracking further west. While a further west track would increase the accumulating snow threat across parts of the interior MA and CT, it would bring warmer air off the ocean and may allow for more rain to mix in across the coastal plain. Finally, it is also possible that the system passes too far east of the region to bring any precipitation much further northwest of the Cape Cod Canal.

Saturday snow would be mainly after 1 p.m. and before 11 p.m., then a slight chance of snow showers after 1 a.m. Chance of precipitation is currently at 80%.