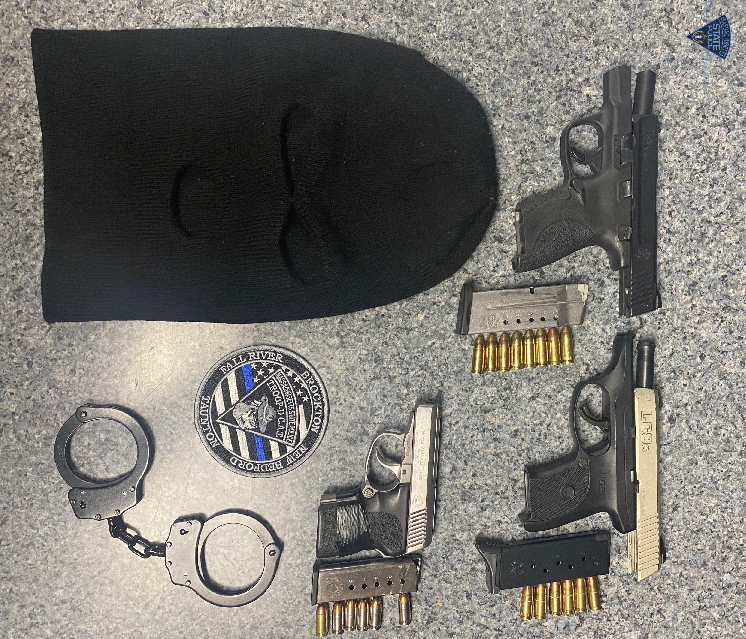 According to Massachusetts State Police after a brief investigation, the driver was identified as Dwayne Rogers-Flonory, 29, of Dorchester, and the passengers were identified as Melquan Nelson, 27, of Roxbury, Blake A. Ayler, 27, of Dorchester, and Edward J. Clarke, 27, of Boston. The four occupants of the vehicle were found to be in illegal possession of three loaded firearms; a North American .380 pistol, a Ruger 9mm pistol, and a Smith & Wesson 9mm pistol. The Smith & Wesson pistol was determined to be stolen from Atlanta, Georgia. None of the vehicle occupants are licensed to carry firearms. Clarke was also wanted out of Quincy District Court.

All four men were placed under arrest and transported to the Middleboro Barracks for booking.

Nelson and Ayler will be charged with Carrying a loaded firearm; and Possession / carrying a firearm.

Clarke will be charged with Carrying a loaded firearm; Possession / carrying a firearm; and Receiving stolen property.