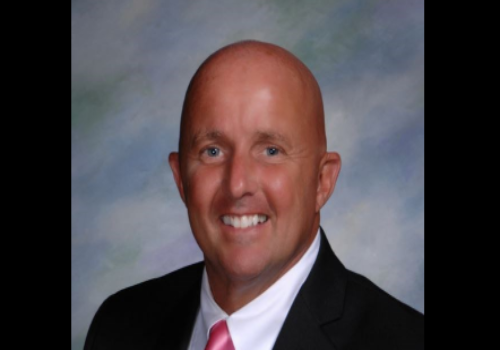 Former Diman Superintendent Thomas Aubin is showing his gratitude to his supporters in what was his fight to stay on at the school.

The Facebook group Orange and Black Fight Back, who had led the charge to keep Aubin at the helm, posted a letter that was sent on behalf of Aubin.

The Greater Fall River School Committee decided not to renew Aubin’s contract. After a fight to remain at the post, Aubin submitted his resignation.

I was dreading having to write this narrative…

Monday, April 22, 2019 marked the official end of my forty-three-year association with Diman.
I am struggling to find the words to adequately express my and my family’s deep appreciation for the support and love that we received from you during this admittedly difficult time. Since the December 6, 2018 decision by the Greater Fall River Vocational School District not to enter into negotiations for a successor contract, thousands of you mobilized to express your support for my continuation as superintendent. Many of you took time out your very busy lives to physically participate in meetings, rallies, letter writing, and personal recommendations to committee members and others in the hope of my continued tenure as superintendent. Local businesses contributed money and time to help with the campaign as well. Students, staff, alumni, advisers and many others affiliated with Diman also stepped up to voice their support. Throughout this campaign, Orange and Black members conducted themselves with class and refused to participate in smear tactics, focusing simply on the facts to move their agenda forward. They provided a road map on how to participate in the democratic process without depreciating one’s dignity in the process. Ultimately, this lesson to our youth is significantly more important than my status and speaks to how the mission of the group went beyond one person’s employment. In the end, the mission is about the continuation of Diman as an institution of excellence. To this end, the Orange and Black group are an unqualified success. Be advised however that your work is not completed, as the next five years will be critical to the future of Diman.

On a personal note, I am overwhelmed and humbled by the kindness of those who reached out to me and my family during this endeavor. Having spent most of my life at Diman, it was frankly wonderful to see so many of you that I had not seen or heard from in decades. As a life-long educator, there is nothing more inspirational than hearing the success stories of those with whom I had the honor to associate with as a teacher, coach, mentor, and administrator. And while you continually speak with me and thank me for what I have done, you need to know that I thank you for what you have done for me and my family. Each day of work was filled with human connections that span the panoply of human emotions, and the ability to see you move through losses and victories with grace and aplomb provided me with lessons I was able to pass on to family and friends. In the end, you were as much my teacher as I yours, and for this I will forever be grateful.