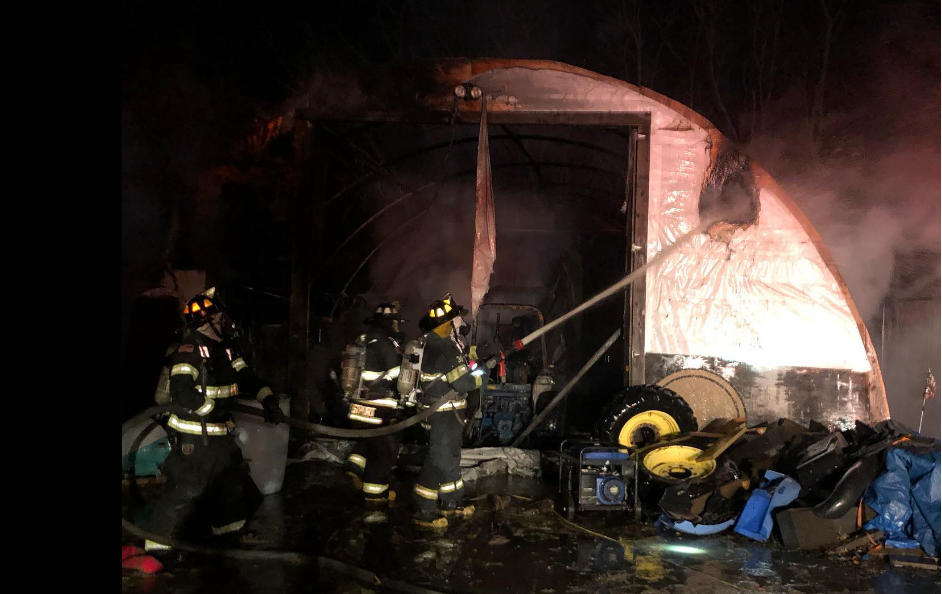 Authorities are investigating a late night fire in Westport Friday.

According to Westport Fire, WFD responded to a fully involved storage garage fire on Narrow Avenue near the Massachusetts/Rhode Island line at approximately 10:30 p.m.

Little Compton and Tiverton also responded by providing tankers to fight the blaze where there was no fire hydrants.

The fire was knocked down quickly, however, firefighters were on scene for a few hours.

The fire caused approximately $30,000 in damage to the garage and part of the home.