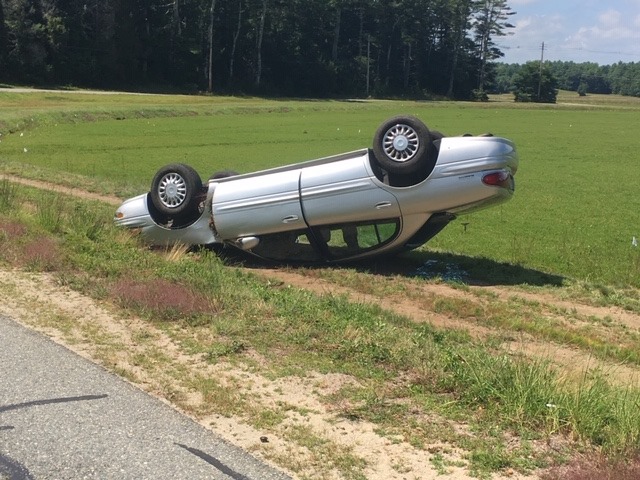 Lakeville Fire Department responded to a single car rollover accident in the area of Island Terrace today at 12:24 p.m.

According to LFD, responders arrived to find an elderly male patient trapped inside the vehicle and suspended in his seat belt in the overturned car. Crews entered the vehicle to initiate medical care and stabilize the patient. An early determination was made to evacuate the patient to a trauma center via helicopter.

The lone passenger was a 91 year male from Pawtucket Rhode Island. The extrication of the patient took less than 20 minutes according to authorities. The patient was transported from the scene by Boston MedFlight helicopter to Rhode Island Hospital with significant injuries. The helicopter landed directly at the scene; this location is pre-designated landing zone for the Town of Lakeville.

A Lakeville Firefighter was slightly injured during the extrication and was transported to Morton Hospital to have a laceration examined. The firefighter was treated and released from the hospital; his injury did not prevent him from returning to work.