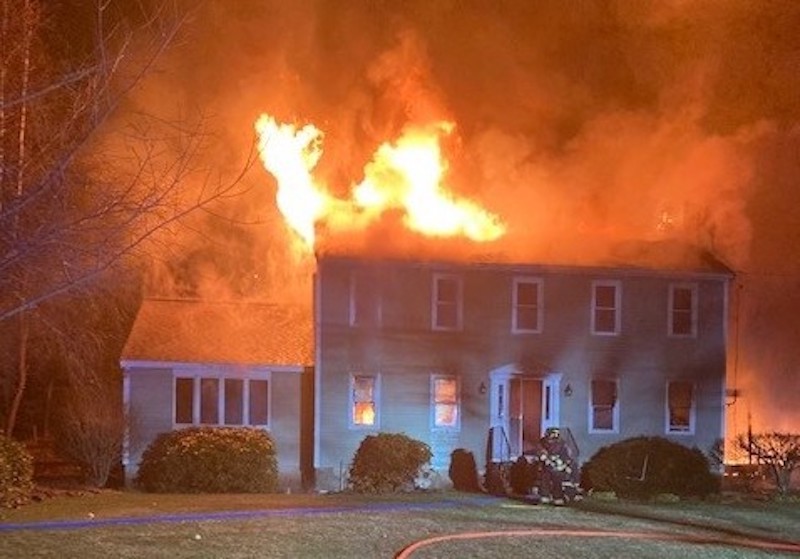 A two-alarm fire that destroyed a Berkley home this weekend started when polyurethane staining products combusted, prompting a reminder from Berkley Fire Rescue Chief Scott A. Fournier and State Fire Marshal Peter J. Ostroskey on their safe use and disposal. Residents were awoken by a loud noise followed by the sound of their smoke alarms activating.

“When working on a home improvement project, it’s important to remember that the oils in some paints, stains, and varnishes produce heat as they dry,” said Chief Fournier. “If staining rags are left in a pile or contained in a box or bucket, this heat can cause them to ignite. To prevent a fire, always dry oily rags and applicators outside individually.”

After drying outdoors, oil-soaked rags should be placed with water and detergent in a metal container with a tight lid, such as a paint can, and kept in a cool place away from direct sunlight. The container can be disposed of at a home hazardous waste collection event.

“We’ve seen several fires caused by oily rags over the past few weeks, including one that was fatal,” said State Fire Marshal Ostroskey. “Fortunately, the smoke alarms in this home helped alert residents to the danger and they were able to escape without injury.”

The early-morning fire on David Way was first reported through a 9-1-1 call just before 4:00 am on Sunday morning. Berkley firefighters responded to the scene to find the two-story home fully involved. They battled the fire for nearly an hour and a half with assistance from 10 area fire departments before bringing it under control.

The fire was jointly investigated by Berkley Fire Rescue and State Police fire investigators assigned to the State Fire Marshal’s office. Investigators determined that the fire originated on a screened-in porch between the home and the garage, extending upward and throughout the home. The investigation further determined that it was caused by the combustion of polyurethane and a lamb’s wool applicator that had been placed with trash after their use on Saturday evening.

Oily rags caused a fire in Ludlow last week that left a resident with minor injuries, and a fire in Agawam that claimed a teenager’s life last month. A similar fire in Lexington last year caused at least $500,000 in damages and injured six firefighters.

The fire departments of Dighton, Swansea, and Taunton provided mutual aid at the scene and tankers from Dartmouth, Freetown, Lakeville, Raynham, Rehoboth, Middleborough, and Westport also provided assistance. The American Red Cross of Massachusetts is assisting residents of the home, who were displaced by the fire. 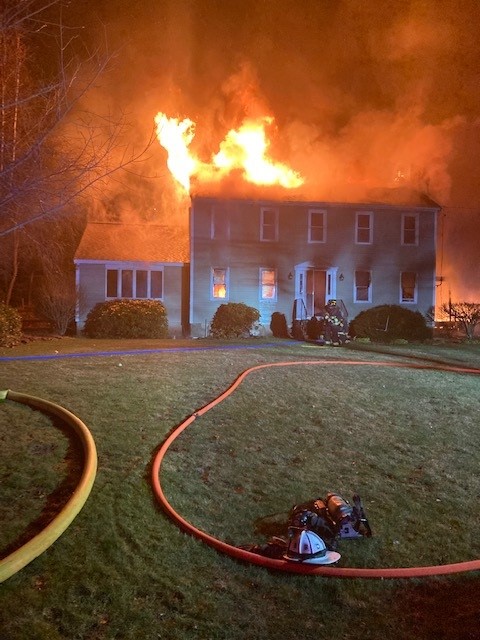