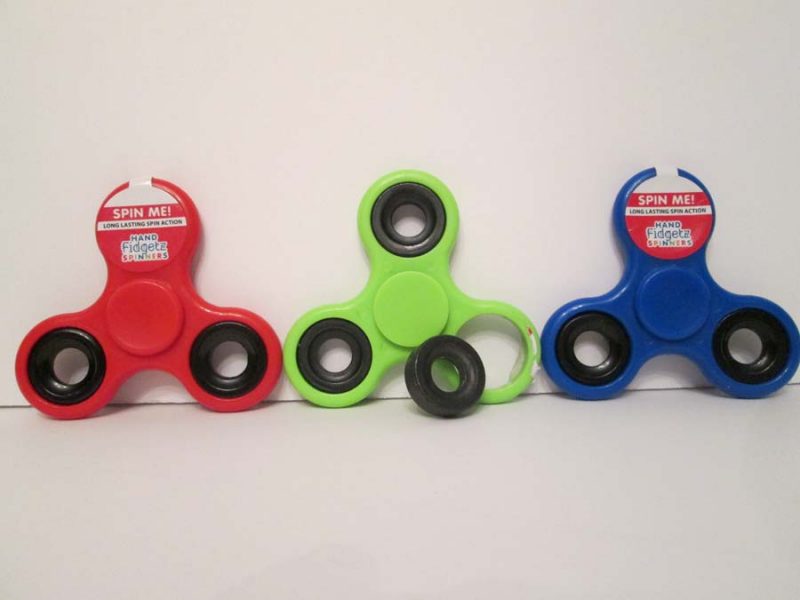 (Boston, MA—Nov. 14, 2017) World Against Toys Causing Harm, Inc. (W.A.T.C.H.) today revealed its nominees for the “10 Worst Toys of 2017” and demonstrated why the “Wonder Woman Battle Sword,” “Spiderman Spider-Drone,” and other potentially hazardous toys should not be in the hands of children. This year’s toy report addressed the types of toy hazards available online, as well as in retail stores, so parents know what traps to avoid when buying toys.

In a year when consumers are expected to spend 51% of their holiday budget online1 , W.A.T.C.H. highlighted the impact of online purchasing on toy safety. Although parents have a right to expect that toys they give to their children are safe, unsafe toys remain an ongoing problem. Due to poor design, manufacturing and marketing practices, there are toys available for purchase today with the potential to lead to serious injury and even death. W.A.T.C.H. urges parents and caregivers to take precautions when buying toys— especially during the upcoming 2017 holiday season.

At this year’s press conference, Consumer Advocates Joan E. Siff, President of W.A.T.C.H., and James A. Swartz, a nationally known trial attorney and Director of W.A.T.C.H., demonstrated toys with inconsistent and inadequate warnings, cautions and age recommendations as well as other classic safety hazards that continue to re-appear year after year. Swartz and Siff also provided up-to-date information about toy recalls and stressed the necessity for more stringent oversight of the toy industry and continued vigilance by parents and caregivers:

Online Shopping — Toy Safety Traps: In a year when big box stores, such as Toys R’ Us, struggle to keep their brick and mortar storefronts open, Walmart is tripling the number of online products, Amazon leads the pack with online toy sales, and consumers continue to embrace the convenience of Internet shopping, shoppers need to know the safety hazards to watch out for when making online purchases. E-shoppers should beware of recalled toys, toys with deadly track records, and incomplete product information that may mask hazards at the time of purchase.
Recalled Toys – Internet Buyers Beware: The Internet has been compared to the Wild West when it comes to outlawed toys. Shoppers may expect that there are checks and balances in place to prevent the online sale of recalled toys, toys already deemed to be unsafe, but unfortunately this is not always the case. Regulations and safety protocols for e-commerce transactions are often nonexistent or inadequate. Consumer-to-consumer “second-hand sales”— which are inconsistently monitored, if monitored at all — provide new opportunities for recalled toys to surface. On the “10 Worst Toys” list this year is itty bittys® baby plush stacking toy, purchased online after the toy’s recall on August 31, 2017. W.A.T.C.H. has repeatedly addressed the issue of recalled toys sold online — it’s unacceptable that these toys with proven safety defects continue to reappear and put children at risk.
Limited Product information online: Consumers buying toys on the Internet are already at a disadvantage as they are unable to touch and physically inspect a toy and its packaging at the time of sale for more obvious hazards. In some cases, limited product information on e-commerce sites can lead to misinformed, and potentially dangerous, consumer toy purchases.

Toy Safety — Serious Business: For over four decades, W.A.T.C.H. has discussed the issue of dangerous toys in the hope of bringing about change and reducing injuries to children. Nonetheless, there remain an alarming number of dangerous toys on store shelves, in catalogues, and on e-retailers’ websites. Shockingly, classic toy dangers, such as small parts, strings, projectiles, toxic substances, rigid materials, and inaccurate warnings and labels, resurface each year in newly designed toys. In a toy industry generating approximately $26 billion dollars in sales annually across the nation, safety concerns must be a priority, not an afterthought. One child is treated in a U.S. emergency room every three minutes for a toy-related injury. From 1990 to 2011, there was a 40% increase in toy-related injuries. According to the Consumer Product Safety Commission (CPSC), in 2015 there were over 254,200 toy-related injuries, and between 2010 and 2015, 72 children died in toy-related incidents. Although even one injury to one child is too many, particularly when the injury is preventable, recent statistics emphasize that dangerous toys continue to pose a year-round threat. The recurrence of many known hazards in toys in the past year is clearly suggestive of a broken system that needs fixing before more children are harmed.

First Line of Defense — Safe Design and Manufacture: The first line of defense is always the safe design and manufacture of products. Recalls are important safety measures but they are reactive not proactive. Dangerous toys should not reach consumers in the first place. As highlighted by the incidences of recalled toys resurfacing on the Internet, once a toy is available for sale, it could end up in the hands of a child. The best weapon in the fight to prevent injuries to children continues to be preventing unsafe toys from reaching consumers in the first place. The difficulty in purging the market of goods that have been recalled shows that the burden must be on manufacturers and retailers, not consumers, to identify the known hazards before their products enter the channels of commerce. Many consumers never receive notice of toy recalls and may not know that a dangerous toy sits like a time bomb in their child’s toy box. Many of the toys recalled in the last year not only put children at risk of serious injury or death, but also are evidence of substandard manufacturing practices and inadequate pre-market testing. Other toys that are unsafe may never be recalled in the first place. Enforcement agencies, such as the CPSC, may have limited resources to police such a large industry. Moreover, some toys that are in compliance with current industry or regulatory standards have proven to be hazardous, demonstrating the inadequacy of existing standards. Regulators often scramble to catch up with new technologies, as seen by the deadly issues that arose when hoverboards with lithium batteries hit the marketplace and began bursting into flames (a hazard previously addressed by W.A.T.C.H) . Toys are embellishments of life, not necessities, and there is no excuse for manufacturing, importing and distributing a toy that can kill a child.

Keeping Kids Safe- Advocacy and Awareness Make A Difference: More important than ever are the efforts of advocacy groups like W.A.T.C.H. that hold the industry and regulators accountable to make safety a priority. Thanks in part to the efforts of W.A.T.C.H., toy safety has become an active conversation. While regulations, such as the Consumer Product Safety Act of 2008, are a step in the right direction, regulations should be a floor, not a ceiling, for toy safety. As a result of advocacy, some toys have been redesigned, recalled, or otherwise identified to consumers. In September 2017, Amazon informed purchasers that the Baby Kids Long Nose Elephant Stuffed Toys “may have been inappropriately described as a pillow or sleeping aid for infants 12 months and younger” after it appeared on W.A.T.C.H.’s 2016 “10 Worst Toys” list. There is more work to be done to prevent needless and tragic injuries to children as a result of poorly designed and manufactured toys. The key message today is to let consumers know that while there are dangerous toys being sold in retail stores and online, awareness this holiday season and year-round can truly save lives. What can parents and caregivers do to arm themselves against toys that could injure children? For starters, know what classic safety traps to look out for, inspect new and old toys for defects and poor design, learn to identify hidden hazards that re-appear year after year, and do not be lulled into a false sense of security that a toy is safe because of a familiar brand name on a package or due to its availability at a well-known retailer.

For a gallery of each toy on the list with more details, click here: Top 10 Worst Toys