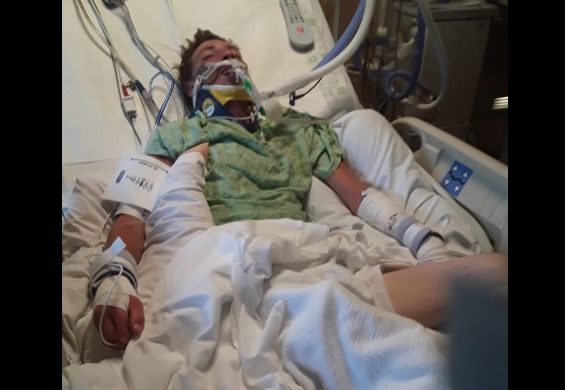 Fall River Police are looking for the operator of a vehicle that has left a man seriously injured.

According to Detective John Robinson, at 9:30 p.m. Monday night, Uniform Division Officers responded to Brayton Avenue westbound in the area of McDonald’s regarding a 24-year-old male pedestrian that was struck by a vehicle that had fled from the scene.

A witness stated that the victim was crossing Brayton Avenue and was struck by a black vehicle that stopped for a moment, then fled.

The victim was transported to Rhode Island Hospital with a serious head injury.

The victim’s name is Samuel Anthony Muetzel according to his girlfriend Lindsey Manchester.

“I want the driver found and charged. It wasn’t an accident. The driver fled the scene and left him for dead.”