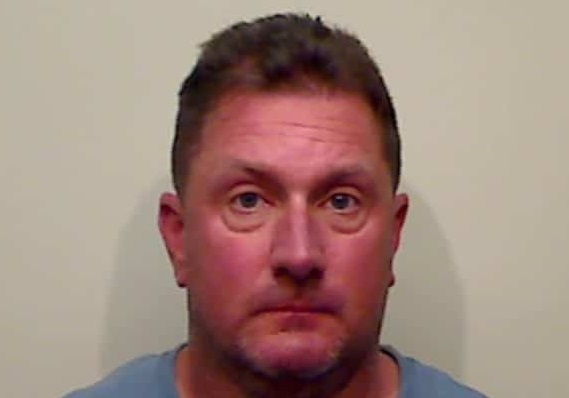 Assistant District Attorney Courtney Cahill, the Chief of DA Quinn’s Domestic Violence Unit, argued today that the defendant, Andrew Crook, 48, should be found dangerous and held without bail after being arrested yesterday in Somerset for the second time in less than a week. Judge Kevin Finnerty, however, found the defendant dangerous but did not order him held without bail. Instead, the judge ordered him into an in-patient treatment center. If he is released from the treatment center during the pendency of the cases, the defendant must be fitted with a GPS monitoring bracelet and was ordered to home confinement at a relative’s home until the disposition of his criminal cases. The defendant must also remain alcohol and drug free, not possess any firearm and have no contact with the victim in the case. If he violates any condition, he could be detained in jail pending the disposition of his criminal cases.

On July 10 at around 10:30 a.m., the victim’s father contacted Somerset Police to report that he believed his daughter was the victim of domestic violence from the previous day, which resulted in her breaking her foot. When police arrived at the residence, the victim refused to speak to them about what had happened. Police, however, did encounter the defendant outside the home. Police described him as being severely intoxicated. The defendant then passed out on the front steps, according to police. Somerset EMTs took him to Charlton Memorial Hospital, where he was later officially charged with two counts of assault and battery on a family or household member and one count of threat to commit a crime. While Crook was at the hospital, the victim in the case decided to speak with an officer and, according to police reports, said Crook had caused her broken foot, kicked her and threatened to kill her.

At some point, the defendant was checked out of the hospital and yesterday at around 3:35 p.m., he called 911 to report that he was in a car crash. However, he could not initially explain to dispatch where he was located. Police eventually figured it out after the defendant’s second call to 911. When Somerset Police arrived at the Riverview Inn and Suites parking lot on Route 103, the defendant was sitting in his car with the vehicle running. When he got out of his car, police noted that he was noticeably stumbling. He then went on to describe being hit by a Nabisco truck, but his story did not match the damage to his car, according to police. Crook was given and failed several field sobriety tests. Somerset Police also found several half-consumed alcoholic drinks in his car. He was placed under arrest and held overnight for today’s arraignment.

He is due back in court July 22 for a pretrial conference.