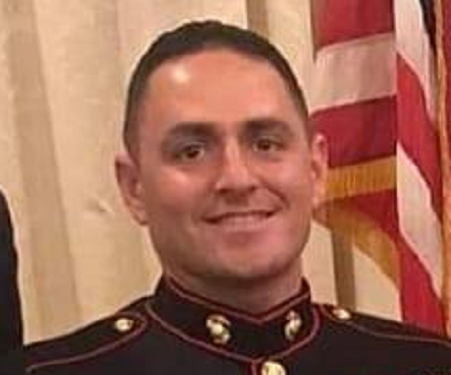 A Fall River Police Officer will be recognized after going beyond the call of duty.

Crystal Macura saw Officer Frank Andrade reaching out to a woman in need of help Tuesday morning just before 8:00 a.m.

“Today on my way to work at Taco Bell on Plymouth Avenue as my husband dropped me off, we watched as a police officer pulled over and stopped traffic for an elderly woman in the middle of the avenue because the sidewalk had snow all over it. She had a walker and he took her walker and put it in his trunk. He then gave her a ride. He saved her life.”

“This officer was so awesome to save her. She was maybe in her 90s and barely able to walk while in the middle of the avenue.”

When Macura contacted us about the gesture, we asked Lieutenant Jay Huard which officer was in the particular car that was responsible. He informed us it was Andrade. The Chief will be officially recognizing him for his actions.

Andrade who is an 8-year-veteran of the force and a former Platoon Sergeant in the Marines, is no stranger to the Fall River Community as he is also the Unit Commander for the Fall River Young Marines and is a volunteer at Project Reconnect which goes to the homes of addicts who have recently overdosed to see if they are interested in treatment.

When we contacted Andrade, he was modest about his actions.

“I couldn’t say I saved her, I just found it safer to provide her with transport to her destination rather than chance a tragic accident occurring.”