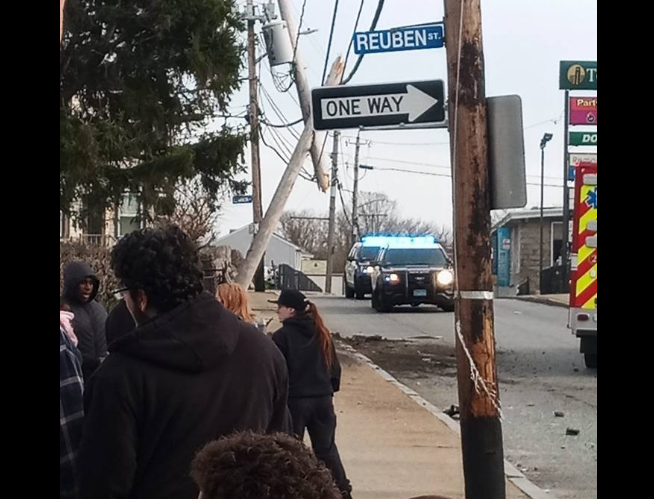 At approximately 5:15 p.m., A call came in to Fall River Police for a crash with an entrapment in the area of 529 Quarry Street.

The car split a pole in half which led to traffic being shut down in the area. According to an officer, a transformer was on the pole that was hit.

The driver was reportedly ejected and was taken to Rhode Island Hospital with serious injuries along with a passenger in the vehicle.