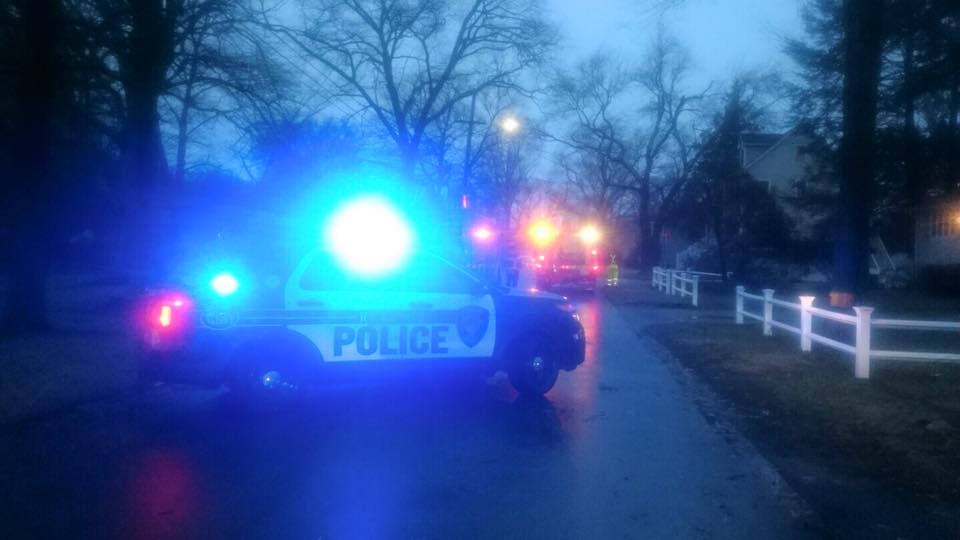 Officers first encountered 34-year-old Stephen DeSantis,of Reading,Thursday at approximately 6:30 p.m. after being dispatched to a report of a disturbance in the area of 50 Bay State Road. Officers, including an off-duty officer, located DeSantis in a parking lot nearby acting erratically and showing signs consistent with being under the influence of methamphetamine.

Officers initiated efforts to de-escalate the situation by engaging DeSantis in conversation, which ultimately concluded with him being taken into custody without incident and transported to an area hospital for evaluation. Officers seized a glass pipe, a bottle containing a variety of pills and a bag containing a powdered substance believed to be methamphetamine.

During a subsequent investigation, police determined that DeSantis allegedly burned a fire alarm sensor at the Bay State Road residence with a lighter. He was issued a summons for the charges stemming from this incident.

Then, at 2:37 a.m. Friday, Reading Police were dispatched to a report of a suspect actively breaking into a home on Border Road. Responding officers arrived and found the suspect had fled, and were assisted on scene by members of the Woburn Police and Massachusetts State Police. The suspect’s description matched that of DeSantis.

Woburn and State Police shared that they had recently received a report of a man exiting a rideshare vehicle on Interstate 95 near Border Road.

DeSantis was located a short time later on Border Road and was again acting erratically. Officers worked to develop a rapport with DeSantis and safely resolve the situation. Officers and DeSantis spoke for several minutes before he began to respond positively to officers’ requests, culminating in him being placed under arrest without incident.

DeSantis was arrested and charged with Breaking and Entering a Building in the Nighttime for a Felony/Person in Fear, Vandalizing Property (Two Counts), Breaking and Entering in the Nighttime for a Felony, Disorderly Conduct (Two Counts), Arson of a Dwelling, Disabling a Fire Alarm, Larceny Under $1,200 (Three Counts), False Fire Alarm, Possession of a Class B Drug (Three Counts), Possession of a Class C Drug (Two Counts), Malicious Destruction of Property Under $1,200, and Tampering With a Fire Call Box.

“In two instances over an eight-hour period, our officers located a suspect who exhibited erratic behavior consistent with someone in distress as a result of dangerous narcotics,” Chief Clark said. “De-escalating potentially dangerous situations like these is one of our top priorities as a department because it helps ensure the safety of suspects, the public and officers alike. The officers who responded to these incidents handled the situations exactly how their training dictated they should, and the result was a safe resolution in both cases.”

“I want to thank our colleagues with the Woburn Police and Massachusetts State Police for their assistance in ensuring a safe conclusion to the incident overnight,” Chief Clark added.

DeSantis was arraigned in Woburn District Court Friday and is being held pending a dangerousness hearing scheduled for Sept. 16.