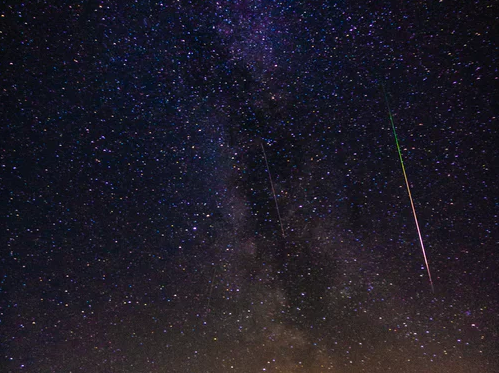 It doesn’t rival the Geminid shower that occurred earlier this month, but the Ursid meteor shower can still provide some fireworks in the sky.

According to the National Weather Service, the annual Ursid meteor shower is ongoing and will last through December 25th.

The Ursids are associated with Comet 8P/Tuttle.

The shower will peak on December 22nd when a maximum number of 10 meteors per hour may be visible.

Best viewing will occur looking towards the northern horizon and as far away from any city light as possible. For best results, the best time to view is between midnight and dawn. Give your eyes about 20-30 minutes to adjust to the darkness.

According to Space.com, “the Ursids have a sharp peak on the morning of Dec. 22, meaning that observers will see many more meteors on that day than on days before or after. Look at the sky in the morning on the 22nd, after midnight and as late as possible before sunrise.”